Boker’s started stamping with two people in a basement. Now, the company has more than 125 employees making 32,000 different parts in Minneapolis.

Boker's has seen it all when it comes to stampings and washers. The stamping house has been manufacturing precision metal stampings, washers, spacers and shims since it started in a garage in Minneapolis, MN in 1919. Now, the company makes more than 32,000 products from 2,000 different types of material. You name it, there's a good chance Boker's has punched it.

The company was founded by Vitus Boker and his son John. Vitus immigrated to America from Denmark, he was an inventor who held more than 25 patents, and his plan was to manufacture, market and sell those products, all from his basement.

Over the next 20 years, Vitus slowly grew out of the basement and into the company's current location near Downtown Minneapolis.

In 1942, Vitus Boker left the business to his family. The third generation ran it until 1968, when they decided to leave the business, and sold it to four employees: Bill Tedlund, Joseph Basara, Chester Engquist, and Joseph Kantorowicz,

In 1986, Tedlund bought out his partners to become sole owner, and his family is still in charge today.

Over the last 33 years, the company has continued to grow and Boker’s is expanding once again. The company is opening a second plant across the street, 100,000 square foot building, with 66,500 square feet dedicated to manufacturing space. The company’s expansion will allow Boker's to make new investments in new state of the art equipment to help fulfill customer demand.

The company started off by serving agricultural equipment manufacturers as well as companies that made off-road recreational vehicles and medical devices. To stay competitive, the company needed to diversify. Now, its key markets are aerospace and defense, with a growing footprint in the wind power and solar industries as well.

U.S. manufacturing has changed significantly over the last 100 years, and the company has thrived by adapting and evolving with the demands of the industry.

After a century of making parts, the company’s components are everywhere. Chances are that they’ve impacted every living person in the U.S., whether they know it or not.

Boker’s started with Vitus and his son in a basement in Minneapolis. Now, with Bill Tedlund’s family at the helm, and more than 125 employees in tow, the horizon for this Minnesota manufacturer has never seemed so bright. 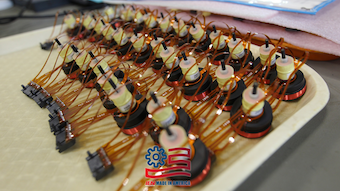 In a region of the country where PCB manufacturing has been all but decimated by China, Royal is actually growing.
Nov 20th, 2019 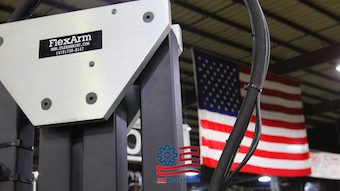 FlexArm is a machine tool manufacturer known for its tapping arms that serve the metal and fabrication industries. The company's tapping arms are being used at giants like Tesla, SpaceX, GM and GE.
Oct 25th, 2019 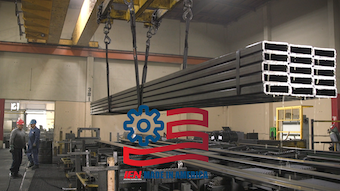 Some companies are made. Others are built. Here's a manufacturer who embodies all of the qualities it takes to survive, thrive and grow as a U.S. manufacturer.
Sep 22nd, 2019 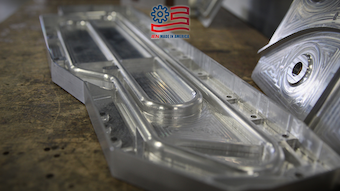 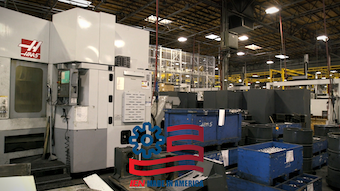 Inside the iconic machine builder and its innovation-fueled California facility that produces over 1,300 machines every month.
Aug 29th, 2019 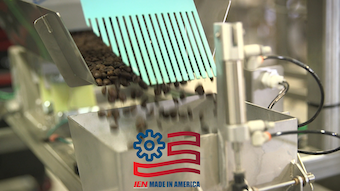 How a simple origin story has produced an extraordinary example of the ingenuity and creativity that's synonymous with successful American manufacturers.
Aug 27th, 2019 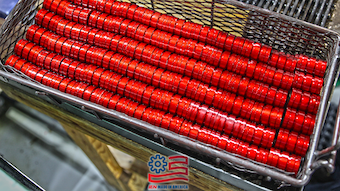 The company started by making a single bearing in an area with the highest unemployment in the nation. Now, PBC remains a family operation, but one that has 225 employees who manufacture more than 40,000 different products.
Jul 22nd, 2019 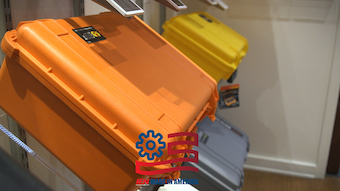 Protecting all that you value. It’s a simple statement that’s tougher to back up, but for more than 40 years that‘s exactly what this American success story has been all about.
Jun 3rd, 2019 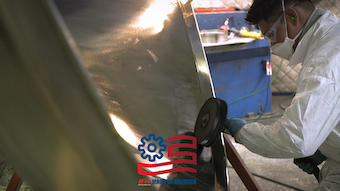 The company's technology has been used in everything from moving material so small that you can’t even feel it between your fingers to cleaning up the New York City subway system.
May 6th, 2019 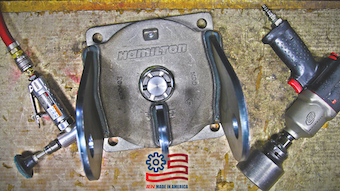 The company is known throughout the world for making the toughest casters and wheels on the planet.
Apr 29th, 2019 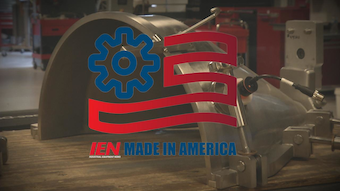 Since 1980, Spee-Dee has been a family-run business working with large and small food processors on various custom-made equipment.
Nov 27th, 2017 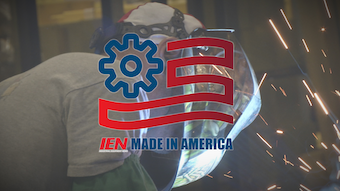 Wildeck is one of the largest manufacturers of steel work platforms in the United States, and the company has been committed to U.S.-based manufacturing since its inception.
Oct 26th, 2017
Follow Us
Most Recent