Inside the iconic machine builder and its innovation-fueled California facility that produces over 1,300 machines every month.

When most people think about the origins of Haas Automation, they go back to 1988 and the rollout of the VF1 Vertical Machining Center that forever changed the face of small and medium-sized job shops throughout the U.S., and around the world. More than the performance capabilities of the VF1, however, was the fact that a U.S. manufacturer had been able to build a machining center that sold for under $50,000. It wouldn’t be the first bold move for the company or its iconic founder Gene Haas.

From the start Haas has focused on providing operating efficiencies that ensure the highest levels of performance, and in many cases, level the playing field in showcasing the innovative spirit of U.S. manufacturing.

Although the company first made waves at IMTS ’88, Haas was actually founded in 1983. Gene Haas used his engineering prowess and background in machine tools to produce the first fully automatic, programmable collet indexer in positioning parts for more accurate machining. The success of the indexer led to fully programmable rotary tables, rotary indexers and other machine tool accessories.

However, the VF1 put Haas on the map. And it didn’t take the company long to out-grow two different facilities. The company currently operates out of a five-building campus that comprises 1.1 million square feet of design, production, inventory and distribution space. Showcasing the extent of their investment in U.S. manufacturing and production technology has become as much a selling point as the products themselves.

The Oxnard, California headquarters builds over 1,300 vertical and horizontal machining centers, CNC lathes, five-axis machining centers and other specialty machines every month in bringing in revenues exceeding $1.2 billion annually. And while manufacturing in the United States, and California in particular, is not the least expensive option, the company continues to grow and expand.

From day one Gene Haas, who is still heavily involved in the day-to-day operations, insisted that his equipment be as easy to use as possible. The company’s experience and focus on staying close to the end-user helps them understand the need machine shops have to move quickly in getting and keeping their equipment in operation. It’s a mantra that bleeds into their internal operations as well, including the more than 200 pieces of Haas machinery used every day on their own plant floor.

The company is also constantly adding and upgrading its equipment to ensure the latest in operational efficiency. Internally, this focus on efficiency flows into integrating technology like barcoding for tracing materials and work orders down to the assembly level. Assemblers also have access to instructions on mobile devices to help ensure higher levels of quality.

Haas also manufactures their own controls and sources common motion control components, cabinets, tool changers and lubricants for all of their machines to help streamline supply chain, assembly and service functions.

All of these lean approaches have been vital in maintaining the cornerstone of Haas Automation’s success – value. Dedication to this principle has led to the latest version of the VF1 actually selling for less than when it was rolled out to such fan fare more than 30 years ago. These efficiencies allow the company to grow and expand their global reach without transplanting any manufacturing outside of the U.S.

In keeping with the company’s history of bold moves, it recently launched the first American F1 racing team in more than 30 years as a way to promote the brand globally.

The continued demand for Haas machines, both in the U.S. and internationally, has also led to the company announcing plans for the construction of a two million square-foot facility in Henderson, Nevada.

As we travel the country and discuss the dynamic of American manufacturing, the Made in the U.S.A. label seems to resonate differently from company to company.  For some it’s not only a tremendous source of pride, but demands a combination of strategies to ensure production remains in America. For others, it’s simply part of a structural DNA that can’t be changed.

So despite challenges from tariffs, government regulations or a skills gap, and just as value, efficiency and innovation continue to flow through all they do, so does the desire to have Haas machines continue to be Made in America. 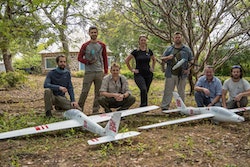 How Drones Could Save Most Endangered Species 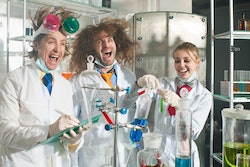 Faking Emotions at Work Does More Harm Than Good 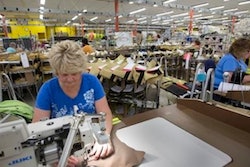 Easier Time Ahead for Small Manufacturers