How a simple origin story has produced an extraordinary example of the ingenuity and creativity that's synonymous with successful American manufacturers.

Oxnard, California-based Actionpac Scales and Automation offers a case study in how a rather simple origin story can produce an extraordinary example of the ingenuity, creativity and aggressiveness that has become synonymous with successful American manufacturers.

In 1977 company founder John Dishion joined forces with Bob Logan, an engineer and programmer who had helped design controls for what would become the B2 Bomber. The two combined their knowledge to create the ME109. It’s functionality from a weighing perspective was pretty basic, but what made it stand-out was the ability to integrate it with linear systems that connected to material dispensing equipment. They had built one of the industry’s first automated flow control systems.

The company now leverages the accuracy and automation capabilities of their offerings to work with customers that include Lockheed Martin, mining giant Rino Tinto, and clients in the medical field. Their ability to provide a great of customization also provides a huge competitive advantage, and opens the door to leverage Actionpac’s engineering capabilities for the creation of turnkey systems that vary in terms of size and complexity for a wide breadth of applications.

A byproduct of working this closely with customers means Actionpac is in a position to constantly learn more about not just their customer’s needs, but the evolution of their markets. This has led to the company capitalizing on ready-to-eat food products and the ever-expanding cannabis industry.

While the ready-to-eat market led to the development of new conveyors and washdown-compliant systems, the unique dynamic of the emerging cannabis industry has spawned the Micro420, which Actionpac touts as the only machine for weighing and processing the flower or bud of the plant. It can process up to 30 packages a minute and is accurate to within one gram.

Adjusting to these types of market dynamics has been a common thread throughout Actionpac’s history. The company recently moved into a new production and distribution facility – it’s fourth growth-based move since its founding.

These approaches and focus on innovation and quality serve as the cornerstones for Actionpac Scales and Automation, as they continue to ensure their products are Made in America. 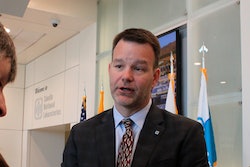 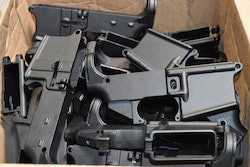 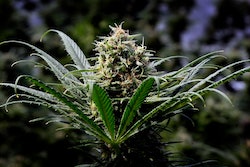