In the 1960s a seed corn company called Garner Industries with an annoying problem.
They kept overfilling their bins … making a mess and wasting valuable seed.

They asked Garner to design a system to alert when bins were full.

And the birth of the BinMaster brand of level sensors.

Engineers kept the principal of operation simple. When material in the bin rose to the level of the switch, a relay sent an alert.

Now, a diaphragm switch can do even more.

The diaphragm switch is versatile enough to be used as a high, medium or low level indicator in grains, aggregates, sand, feed ingredients, wood chips and pellets.

A notification can be activated via a visual alert such as a light, or an audible alert, such as a horn.

It can also be wired to start or stop a process, such as an auger filling the bin.

The BM 65 model is for hazardous environments with a risk of combustible dust. It features UL Class II, Groups, E, F and G certifications.

The switch can also be built with a heavy spring and rugged diaphragm material and used for plugged chute detection.

R series diaphragm switches are designed to be mounted inside the bin, making them very easy to install.

While the F series mounts externally, which requires cutting a hole in the bin. However, this makes the operating mechanism accessible from outside the bin. 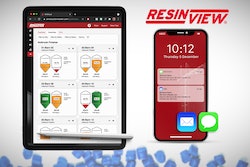 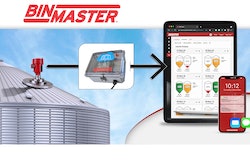 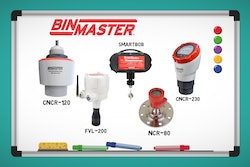