Attacks on oil infrastructure from a group called the Niger Delta Avengers has pushed oil production, which accounts for 70 percent of government revenue, to historic lows. 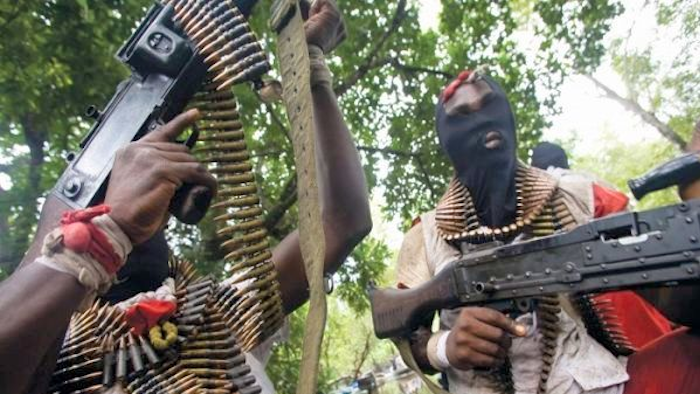 Nigeria is a member of the Organization of the Petroleum Exporting Countries (OPEC) and was Africa's largest oil producer until Angola surpassed it earlier this year. Nigeria's crude oil production disruptions are concentrated in the Niger Delta region, an oil-rich area bordering the Gulf of Guinea that is the mainstay of the country's crude oil production. Since the beginning of 2016, the Niger Delta Avengers (NDA) have conducted numerous attacks on oil and natural gas infrastructure throughout the region.

Although not the only militant group conducting attacks, the NDA is currently the most active. Their attacks have resulted in immediate and severe disruptions in crude oil production, as some of the attacks have targeted key oil-gathering and export infrastructure. Nigeria's oil production averaged 1.9 million b/d in 2015. By May 2016, it had fallen to 1.4 million b/d.

After some repairs, and in the absence of new attacks, some of the disrupted production has been restored, and crude oil output averaged 1.6 million b/d in June. Despite this recent increase, the continued threat of militant attacks poses a risk to sustained production. The NDA has claimed responsibility for several attacks since the beginning of July, and outages once again rose last month.

According to trade press reports, exports of multiple Nigerian crude oil grades have been under periods of force majeure since the beginning of 2016, meaning companies are released from export obligations as a result of circumstances beyond their control. Significant disruptions in oil production resulting from NDA attacks, combined with relatively low crude oil prices, have had a significant effect on Nigeria's economy. According to Nigeria's Ministry of Budget and National Planning, the oil sector provides 70 percent of government revenue and 95 percent of export revenue.

The NDA attacks are largely in response to President Buhari's cutback on amnesty payments and termination of security contracts to former militants. The group threatens to continue the attacks until the Nigerian government meets its demands, some of which include greater regional control of local oil production, continuation of the amnesty program and compensation to Niger Deltan communities polluted by oil exploration and production.

EIA expects Nigerian oil production to remain depressed through 2017 as a result of militant attacks. More information about Nigeria's oil production and disruptions is available in EIA's Country Analysis Brief.

Melanie Berkey was a principal contributor to this report.

The move aims to allow more time to resolve the financial dispute between the Suez Canal Authority and the vessel’s owner.
Jun 1st, 2021
Follow Us
Most Recent