Bayer might have to shed part of its business because of anti-trust concerns, and the price tag on any deal would be huge - Monsanto's market value is around $42 billion. 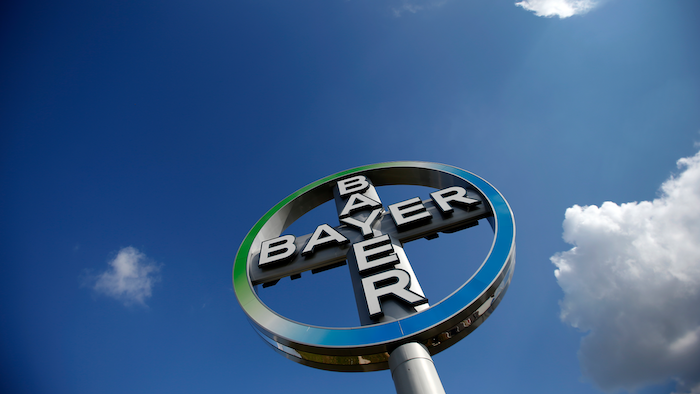 FILE - The Oct. 2, 2013 file photo shows the logo of the chemical company Bayer in Schoenefeld, Germany. The German drug and chemicals company Bayer AG confirmed Thursday, May 19, 2016 it has entered talks with the Monsanto Company about the possible acquisition of the U.S.-based specialist in genetically modified crop seeds.
AP Photo/Michael Sohn, file

BERLIN (AP) — Bayer's potential acquisition of Monsanto would create a giant seed and farm chemical company with a strong footprint in the U.S., Europe and Asia, combining two businesses with complementary geographical focus. But Bayer might have to shed part of its business because of anti-trust concerns. And the price tag on any deal would be huge: Monsanto's market value is around $42 billion.

Germany-based Bayer AG said Thursday in a short statement that its executives had met recently with their Monsanto counterparts "to privately discuss a negotiated acquisition" of the specialist in genetically modified crop seeds. The news of a potentially costly deal sent Bayer shares tumbling. They were down 8.6 percent at 88.10 euros in afternoon trading Europe time. Monsanto shares were five percent higher at $101.98 in New York.

Both companies are familiar brands on farms around the globe. Bayer, whose farm business produces seeds as well as compounds to kill weeds, bugs and fungus, said the proposed acquisition would help it "create a leading integrated agriculture business." Monsanto, headquartered in St. Louis, Missouri, said it was reviewing Bayer's proposal. Neither company gave other details.

The possible deal had been rumored for a week but it was the first comment from either company."

A combination of both companies would create $67 billion of annual sales and the world's largest seed and crop-chemical company," analyst Ulrich Huwald at Warburg Research wrote in a research note to investors. "However, the question is if Monsanto would be interested in a deal." Huwald said that "the businesses are geographically complementary, with Monsanto having a strong presence in North America and Bayer in Europe and Asia."

A combination of the two would have 28 percent of the global market for pesticides and a strong presence in the U.S. corn and soybean seed business.

Huwald said that the two companies do overlap in their vegetable and cotton seed business, which could require divestments due to anti-trust issues. Bayer might also have to sell parts of its weed-killer business. Anti-trust regulators can scrutinize mergers and takeovers and block them if they hinder free-market competition. If companies get too much control over a market, they can charge higher prices and have fewer incentives to innovate.

News of the talks follows a wave of consolidation in the chemicals industry: DuPont and Dow Chemical agreed to combine last year, and ChemChina agreed to buy Syngenta of Switzerland in March after Monsanto's own bid for its Basel-based rival failed.

Monsanto has some 20,000 employees and produces seeds for fruits, vegetables and other crops including corn, soybeans and cotton, as well as the popular weed-killer Roundup. Its sales have suffered recently as falling crop prices have reduced farmers' spending on its genetically enhanced seeds. Meantime, the strong U.S. dollar has meant its products are more expensive overseas.

Bayer, which is headquartered in Leverkusen, Germany, specializes in health care and agriculture, employs some 117,000 people worldwide and had sales last year of $52.22 billion.