Honda Agrees to New Deal with IndyCar as Engine Supplier

Honda has won 217 IndyCar races over two decades and was the sole engine supplier for six of the last 13 years for the series. 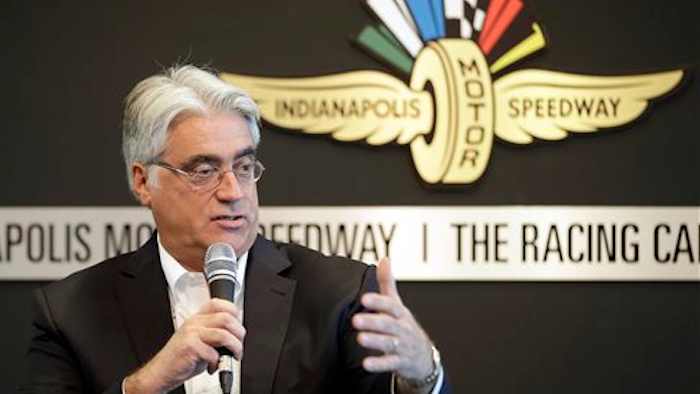 Instead, the longtime engine-manufacturer is redoubling its efforts and its commitment to the series.

Honda Performance Development President Art St. Cyr announced Tuesday that his company had signed a new contract to compete in IndyCar through at least 2017 and possibly through the 2020 season, if Honda exercises a three-year option.

"We want to race and this is a premiere series in North America, so it's very important for us to have a presence in this type of racing," St. Cyr said during the series' annual media day at Indianapolis Motor Speedway. "What we want to do and what we're doing here with this agreement and agreements beyond this is to really create a good foundation that has a platform to have exciting racing, to have exciting personalities."

Honda has won 217 IndyCar races over two decades and was the sole engine supplier for six of the last 13 years for the series. It has competed against Chevrolet for the past five seasons.

Last year was easily the toughest as Honda drivers spent most of the year chasing the more dominant Chevys following an aerodynamic kit change. Chevy wound up winning all 16 poles and 11 of 16 races.

That disparity prompted series officials to take one car with each engine for testing in the wind tunnel.

Mark Miles, the CEO of IndyCar's parent company, Hulman & Co., said the results showed Honda could be at a disadvantage on road and street courses but not superspeedways, so Honda proposed a series of changes. He did not elaborate on specifics.

"They didn't approve all of them, we don't have a final ruling yet," St. Cyr said. "I think we have a common understanding of where we're going with this stuff. I think that our expectation is that we can be competitive this year."

Drivers are hoping Honda has closed the gap, though they won't know for sure until they compete on the track together.

While American Marco Andretti said he's still worried about a possible a discrepancy on the longer, faster superspeedways, another American, Graham Rahal, doesn't know what to expect at the March 13 season-opener on the streets of St. Petersburg, Florida.

"You'd be an idiot to sit here and believe that they (the Chevy teams) haven't been developing either," said Rahal, a Honda driver who won twice and finished fourth in the standings in 2015. "But I have high hopes and high expectations for this year."

Miles said while the two sides discussed the new deal, they also talked adding a third engine manufacturer — something he said everyone would embrace if there were a willing partner. St. Cyr said there are provisions in the contract that would give Honda flexibility if that happened.