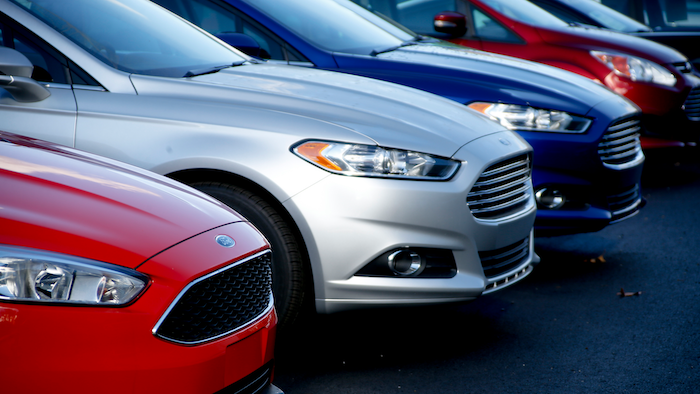 U.S. auto sales fell slightly in January because of the East Coast snowstorm, but analysts say demand remains strong and buyers will likely head back into dealerships this month.

Sales fell less than one percent to 1.1 million, according to Autodata Corp. The mid-January storm, which buried New York and Washington D.C. under more than 2' of snow, cost automakers around 15,000 vehicle sales, said John Humphrey, J.D. Power's senior vice president of automotive. But automakers said sales volumes returned to normal levels in the last weekend of the month.

Even with the lackluster results, analysts still expect another record year for U.S. vehicle sales. Low gas prices, low interest rates and a lineup of new vehicles — particularly small SUVs like the Nissan Rogue and the Ford Edge — are continuing to draw shoppers.

U.S. buyers bought a record 17.5 million cars and trucks in 2015. Analysts expect sales to continue to grow this year, though at a slower pace as demand starts to plateau. That will likely mean an increase in cash-back offers and other incentives from automakers as they try to keep posting gains.

Kelley Blue Book said incentives increased about $150 per vehicle in January to around $3,000. Consumers should expect those numbers to go even higher over the next few months as Japanese automakers try to boost their sales before the end of their fiscal year in March.

Incentives are a tricky game for automakers. They can juice sales in the short term, and automakers who don't keep pace can be punished. Ford said its F-Series pickup truck sales fell five percent in January partly because it spent around $700 less per truck on incentives than its competitors.

But over the long term, incentives can hurt resale values and brand image, and they also cut into automakers' profits. Ford said its average sale price per vehicle rose $1,800 in January, or three times the industry average.

General Motors' U.S. sales were flat in January at 203,745. Sales were up for its GMC and Buick brands, and sales of the GMC Sierra pickup jumped 14 percent. But Chevrolet and Cadillac sales fell.

Ford's sales fell three percent to 173,723 vehicles. Ford's SUV sales were up but it saw double-digit declines in car sales.

Fiat Chrysler's sales jumped seven percent to just over 155,000 cars and trucks. Fiat Chrysler wasn't led by its usual big sellers. The Jeep Grand Cherokee and the Ram Pickup all posted modest increases, but sales got the biggest boost from some unlikely vehicles — including an 83 percent increase for the heavily discounted Dodge Caravan minivan. Fiat Chrysler is introducing a new minivan this spring, so buyers looking for discounts may be snapping up the older minivans.

Hyundai's sales grew one percent to 45,011. Sales of Hyundai's new Tucson SUV were up 72 percent.

Volkswagen, still stinging from its diesel cheating scandal, said its sales dropped 15 percent for the month.