New federal regulations and the changing U.S. energy industry are spurring U.S. utilities to close or plan to close their coal ash ponds and landfills. 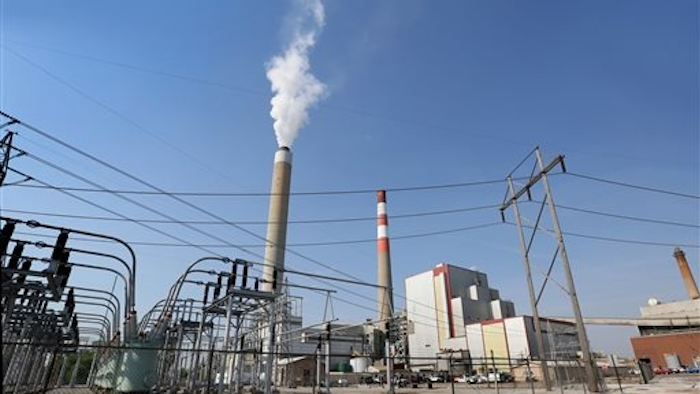 The tighter regulations from the U.S. Environmental Protection Agency took effect in October, and Indiana is planning to incorporate those provisions into its solid waste rules.

Indiana is home to at least 74 coal ash ponds and 14 landfills containing the gritty waste that's the legacy of its long reliance on burning coal to generate electricity. That ash contains arsenic, chromium, lead and other heavy metals that can threaten groundwater.

The Indiana Department of Environmental Management is taking public comments through June 30 on its draft plan for adopting the new rules, including requirements for preventing the impoundments from contaminating groundwater.

The state agency held a public hearing Thursday in Indianapolis during which several environmental groups raised concerns about the plan, which the EPA must approve.

Jodi Perras, the Indiana representative for the Sierra Club's Beyond Coal Campaign, said she and other activists were stunned that IDEM's proposal does not include a requirement that utilities post on their websites inspection reports and other documents on their coal ash sites.

Perras said that provision in the EPA's coal ash rules is intended to ensure "trust, transparency and honesty" about coal ash impoundments and that online access is important to residents near coal ash ponds worried about possible groundwater contamination.

"We find it incredible that IDEM appears to intend to eliminate that key provision of these public accountability requirements from the state plan," she said, urging the agency to reconsider and make that element "part of the enforceable state plan."

The new federal rules are enforceable by states and citizens, but not the EPA.

Jeff Sewell, the permitting branch chief for IDEM's Office of Land Quality, said after Thursday's hearing that the state agency did not include the utility reporting provision because IDEM already makes data on coal ash impoundments available online to the public.

But he conceded that system, known as the "Virtual File Cabinet," can be a challenge for those not familiar with its intricacies to use to find specific documents they are searching for.

"Once we hear back from the EPA about our plan we'll know whether they agree with that approach," he said of IDEM's proposal not to require utilities to post coal ash data online.

Those "beneficial uses" can include using coal ash as "fill" material for certain construction projects. Maloney said those uses pose the threat that heavy metals could leach into groundwater.

He said there are "many, many problems" inherent in using coal ash in that manner.

"That leads to the likely outcome of the ash coming into contact with water, which is where all the problems come in terms of ash-related contamination," Maloney said.

More than 230 power plants in 33 of the nation's 48 continental states have coal-ash impoundments, according to the EPA. But new federal regulations and the changing U.S. energy industry are spurring U.S. utilities to close or plan to close their coal ash ponds and landfills.

IDEM spokesman Barry Sneed said the EPA's new coal ash standards have "the effect of requiring the utilities to close their impoundments ... over the next few years."

Utility on Trial Over Alleged Pollution