But stakeholders continue to quibble over how the problem should be remedied. 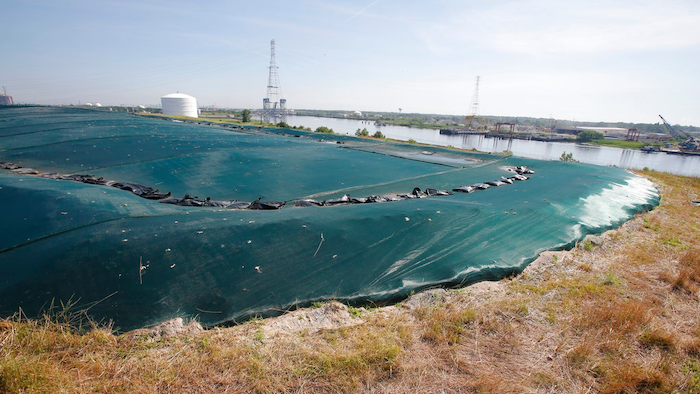 RICHMOND, Va. (AP) — Virginia's largest utility must submit a revised plan for dealing with its leaking piles of coal ash at a retired power plant in Chesapeake and conduct at least two years of environmental testing at the site, a federal judge ordered.

U.S. District Judge John Gibney Jr.'s order last week came after he ruled earlier this year in a lawsuit filed by the Sierra Club that the coal ash at Dominion Energy Virginia's Chesapeake plant was polluting surrounding waters with arsenic. After hearing arguments on each party's proposed remediation measures, Gibney ruled Thursday on what he would require.

Dominion burned coal for decades at the plant, which sits on the Elizabeth River near the mouth of the Chesapeake Bay. A landfill, pond and pits at the site hold around 2.8 million cubic yards of ash, the heavy metal-laden byproduct that's left behind when coal is burned.

Gibney ruled in March that arsenic was flowing from the Chesapeake Energy Center in violation of the federal Clean Water Act but not at a level harmful to health or the environment.

In his Thursday order, he wrote that the utility must conduct sampling of water, sediment and the tissue of species including blue crabs, softshell clams and mussels beginning in the late summer or early fall of this year.

He also ordered Dominion to submit a new solid waste permit application to the Virginia Department of Environmental Quality for disposal of the ash that includes "corrective measures for the discharge of groundwater and shall not include a plan to cap the coal ash in place."

Dominion had initially proposed leaving the ash in place but covering it with a waterproof, synthetic layer, plus two additional feet of soil and vegetation. The Sierra Club wanted the site fully excavated and the ash moved to a synthetically lined landfill, though Gibney said in his March ruling that "draconian" request wouldn't serve the public's interest.

Dominion is still in the process of assessing four coal ash storage sites, including Chesapeake, as required by a law passed earlier this year. Among other things, that law requires Dominion to evaluate the "clean closure" of each coal ash unit, either through recycling or through excavation and removal to a dry, lined landfill before any solid waste permit can be issued.

The company has hired an environmental consulting firm to conduct the assessments, which are on track to be finished by the law's Dec. 1 deadline, and will submit its permit application in the first quarter of next year, Richardson said.

Dominion has laid out its plans for at least one part of the Chesapeake center's ash, however. The company said in court filings that it intends to remove the coal ash from the bottom ash pond as part of its final closure plans.

Deborah Murray with the Southern Environmental Law Center, which represented the Sierra Club in the lawsuit, said she was pleased with several of the sampling requirements. She also said it's a positive step that Dominion has agreed to remove the bottom pond ash but "it doesn't really get at the real problem here."

The bottom pond only accounts for about 60,000 cubic yards of the ash. The majority of it is in unlined pits underneath a landfill, many of which are below sea level, she said.

"We continue to believe that excavation and removal is the only way to really halt the ongoing pollution," she said.