Researchers find that greenhouse-gas emissions from lakes and inland waterways may be as much as 45 percent greater than previously thought. 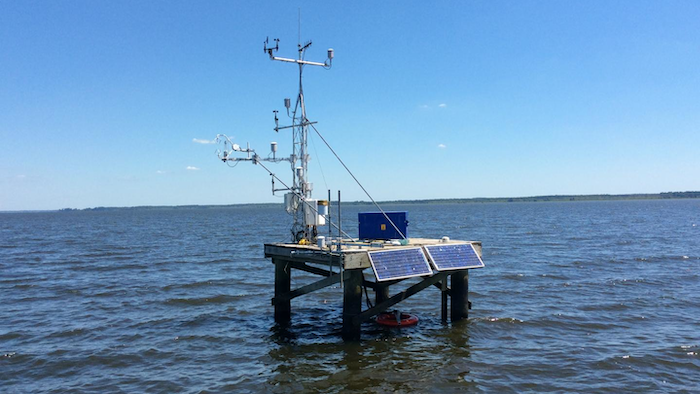 Washington State University researchers have found that greenhouse-gas emissions from lakes and inland waterways may be as much as 45 percent greater than previously thought.

Their study, published today in Environmental Research Letters, has implications for the global carbon budget and suggests that terrestrial ecosystems may not be as good a carbon reservoir as scientists thought.

Similar to the way people use a budget to manage finances, researchers are working to understand where carbon is being spent and saved on a global scale to better manage resources.

The scientists know that humans are emitting about 33 billion tons of carbon dioxide per year into the atmosphere globally and that the emissions are changing the climate. About half of the emissions stay in the atmosphere, but researchers are unable to quantify with certainty how much carbon is taken up by land and oceans.

“People can’t figure out how to close the budget with great confidence,’’ said Heping Liu, associate professor in the WSU Department of Civil and Environmental Engineering. “That’s the big mystery.’’

A significant part of the carbon dioxide initially sequestered by terrestrial ecosystems moves into inland waters and is then released to the atmosphere.

Scientists previously have made only occasional measurements of emissions from waterways – most often during calm, daytime conditions – and have used these measurements to make broad estimates for waterways’ contribution to regional or global emissions. They missed nighttime emissions and periods between field samplings.

In the study, the WSU team took a yearlong series of continuous measurements of carbon dioxide emissions, gathering data from atmospheric instruments on a platform over the water in Mississippi’s Ross Barnett Reservoir.

The researchers used a sophisticated system that measures atmospheric eddies, called an eddy covariance system. It was powered by solar panels and batteries.

The WSU team found that nighttime carbon emissions were as much as 70 percent higher than during the day and that storms also created emissions spikes.

“That’s pretty huge,’’ said Liu. “Based on this study, the emissions from inland waterways are much larger than previously thought.’’

The researchers surmise that during the day, when air temperatures are warm, water layers in the reservoir are stratified and carbon dioxide from microbes in the lake bottom cannot escape.

Colder nighttime temperatures allow for mixing of the water and for higher emission rates. Wind from storms also creates mixing and an opportunity for carbon dioxide to escape.

Liu and his colleagues believe that the Mississippi reservoir is not unusual and that the higher emission rates apply to waterways around the world. Other researchers have seen similar higher nighttime emissions, but had not connected the measurements to a higher overall emissions rate in the global carbon budget.

In addition to WSU, the research group includes scientists from Duke University, the Cary Institute of Ecosystem Studies, University of Alaska, Fairbanks, and University of California, Santa Barbara. The WSU team was funded by the National Science Foundation (grant 1112938).