Hatfield was the former president and CEO of Patriot Coal before it filed for chapter 11 bankruptcy protection in 2015. He was also CEO when a 2006 explosion at the Sago Mine in northern West Virginia killed 12 miners. 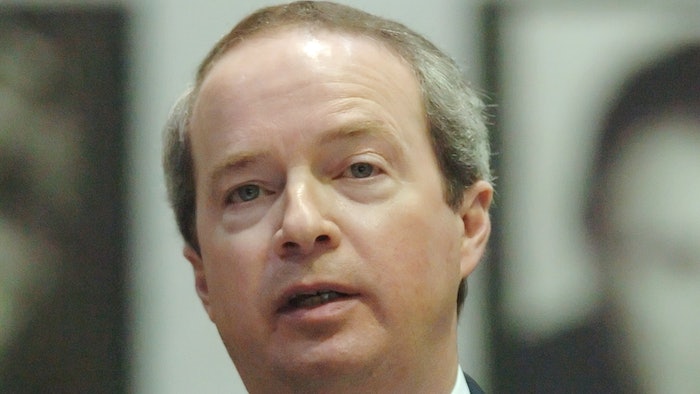 CHARLESTON, W.Va. (AP) — A man has been arrested in the death of a former coal company executive found shot at a West Virginia cemetery where his wife is buried, a sheriff said Tuesday. Mingo County Sheriff James Smith said Anthony R. Arriaga, 20, is being held on a homicide warrant in Allen County, Ohio. Smith said the suspect is being held in Monday's shooting of Bennett K. Hatfield, 59.

Hatfield resigned in 2015 as president and CEO of Patriot Coal, a month before the company filed for Chapter 11 bankruptcy protection for the second time. He was International Coal Group's CEO when a 2006 explosion at the Sago Mine in northern West Virginia killed 12 miners.

He also held management positions with Arch Coal and Massey Energy and was a member of the West Virginia Coal Association board. Hatfield was named last June to the board of coal producer Foresight Energy based in St. Louis.

Authorities believe Arriaga sneaked down a river bank next to the cemetery and asked some neighbors to take him to Wayne County, Smith said. A man who drove Arriaga contacted authorities after hearing about Hatfield's death. "Once he heard what was going on, he let us know he gave this subject a ride to Wayne County," Smith said.

A state police team then helped track the suspect to Wayne County and eventually into Ohio. Smith said authorities had been stumped until the neighbor stepped forward to report the suspect. "We were totally lost," Smith said. "Him catching that ride helped us."

Hatfield's girlfriend had reported him missing after he didn't return home, and authorities traced his cellphone to the cemetery in Maher, where his body was found, Smith said. An autopsy by the state medical examiner was ongoing.

Last October, a sculpture donated by Hatfield was installed at a Charleston hospital's "healing garden" in memory of his wife, who passed away from cancer, according to Charleston Area Medical Center.