These sensors know when (and where) a shot is fired outdoors, but they are expensive.

Last week, 39-year-old Kori Ali Muhammad was arrested within minutes of shooting three men to death in California. He was apprehended in 4 minutes, 13 seconds, but it wasn't because of a 911 call. Actually, before the first 911 call even came in, the authorities were alerted by ShotSpotter Technology, which gave them Muhammad's location within a couple of feet.

When a shot is fired outdoors, it’s picked up by ShotSpotter sensors that are mounted to lampposts and telephone poles. The company’s software triangulates and pinpoints the precise location of each round fired within seconds, to the street address. According to the company, the information is sent to an Incident Review Center for data processing where a gunfire and acoustics expert analyzes the data and qualifies the incident.

Once validated, an alert is sent to dispatch centers, and directly to field personnel through any computer or mobile device with access to the Internet. And this all happens in less than a minute.

The system can even determine the type of weapon used, the number of shooters, and, if they are on the run, where they are headed, and how fast they are going.

According the AP, the technology was developed 20 years ago, but wasn’t widely adopted until 2011. It’s now used in 90 U.S. cities, including New York and Chicago, but it is pricey. The subscription-based service costs $55,000 to $95,000 for each square mile, per year.

Now, for those of you with privacy concerns, the manufacturer says that the system is designed to ignore speech, however such recordings have been used in court cases in the past.

Still, you cannot deny that Kori Muhammad could still be on the run today if it wasn’t for the technology. 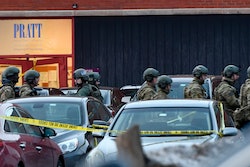 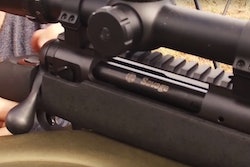