The company gave in to pressure from retailers. 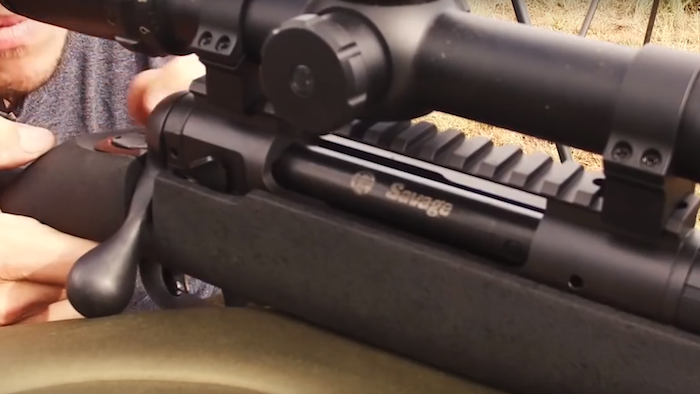 WASHINGTON (AP) — Another company, this one among the largest ammunition makers in America, is distancing itself from firearms following the massacre at Marjorie Stoneman Douglas High in February.

Vista Outdoor Inc. has been pressured for months by retailers that sell its other goods like Bell bicycle helmets and CamelBak water carriers, to stop manufacturing firearms.

The Utah company said Tuesday that it will be seeking buyers for its firearms manufacturing business, and will focus on products for outdoor enthusiasts. It will continue to sell ammunition, its biggest core businesses.

REI, the national outdoor retailer, suspended all orders from Vista in March after it refused to say if it would continue to manufacture weapons. REI said it's aware of Vista's announcement, but did not say if it would resume doing business with the company.

During a conference call Tuesday, Vista CEO Cristopher Metz said that the company was already moving in the direction of shedding its firearms business, "way before any of the noise came about eight weeks ago."

In the aftermath of the Parkland, Florida shooting, Dick's Sporting Goods banned the sale of assault-style rifles and the sale of all guns to anyone under 21. Other retailers followed with similar restrictions, including Walmart, Kroger and L.L Bean.

In March, Citigroup became the first bank to put new restrictions on firearm sales by its business customers, requiring its clients and business customers not to sell a firearm to anyone who hasn't passed a background check or anyone under the age of 21.

Also in March, the investment firm Blackrock said it would be canvasing gun makers and retailers to determine how they will act following the shooting in Parkland, Florida. BlackRock, which manages over $6 trillion in assets, is a major shareholder of gun manufacturers Sturm Ruger, American Outdoor Brands and Vista Outdoor through indirect investments.

In mid-February, 14 students and three educators were killed and 17 were wounded in a hail of gunfire. Former student Nikolas Cruz has been charged in the deaths using an AR-15 style semi-automatic rifle.

Vista last year had revenue of $2.5 billion. It is looking for buyers for its Savage and Stevens firearms brands, and other product lines not related to firearms.

Carbon-neutral electricity will be distributed to several sites, including the company’s headquarters.
Oct 16th, 2020
Follow Us
Most Recent