An unmanned fire scout that saves sailors, dissolvable electronics made out of egg whites, and a new 3D printer startup raises more than $500,000 for impressive new platform.

Raytheon's ground controls for unmanned aerial vehicles help the Navy go about its missions without putting sailors at risk. So it was good news when advanced mission control was deployed for the MQ-8 Fire Scout, an unmanned helicopter aboard the USS Coronado.

The USS Coronado is one of the Navy's newest Littoral Combat Ships, which means it is designed to operate close to shorelines, and the Fire Scout helps expand mission capabilities.

The unmanned chopper is built with open Navy hardware and Raytheon software architecture, which means that both are flexible enough to add new technology as it becomes available.

Under a related effort, the Navy's Common Control System will be able to control any air, ground, surface and subsurface vehicles as they deploy with the fleet. Built on the flexible foundation of Fire Scout MCS, that capability will reduce Navy-wide implementation costs and training requirements for unmanned systems.

Dissolving Implantable Electronics Are No Yolk

According to news from the American Chemical Society, we've just come a little bit closer to tiny electronic devices that can be implanted then dissolve almost without a trace.

Scientists have tried everything from DNA to proteins and metals to make transient electronics in the past. Now, a team of researchers from the UK and China have created a dissolvable memristor out of egg proteins, magnesium, and tungsten.

A memristor is a new type of resistor that regulates the flow of electric current and can also remember charges.

The researchers rapidly spun diluted egg white on a silicon wafer to turn it into an ultra-thin film. Then they incorporated electrodes made out of magnesium and tungsten. In tests, the device performed as well as non-degradable memristors.

Under dry lab conditions, the egg-spun memristors worked for more than three months. Once they hit the water, the electrodes and albumin dissolved in two to 10 hours while the rest of the chip took only three days to break down, leaving behind minimal residue behind.

SLASH is the latest professional 3D printer to find immediate success and market interest on crowdfunding website Kickstarter. The new printer from Uniz Technology initially asked for $50,000 to get off the ground, and at 8:00 am this morning, 552 backers supported the project to raise $571,926.

According to Uniz, SLASH is a high resolution LCD contact exposure 3D printer designed to create high quality 3D prints without sacrificing speed or user friendliness. It performs at the same level of precision and speed as industrial 3D printers while remaining affordable.

The 370 early bird SLASH backers will receive a 3D printer for $1,200 dollars; a deal when you compare it to models with more limited capabilities that can go for as much as $5500.

Now all that is left to do is wait back and see if Uniz can use the funds as a springboard to success into the high-end consumer space; or if the company will suffer the fate as others before it who flamed out before bringing a product to market.

Engineering By Design is a weekly web series from the new IEN.com that focuses on all things engineering. Submit story tips to David Mantey at david@ien.com, or @djamesmanny. 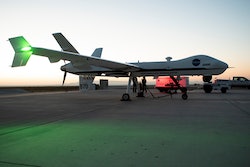 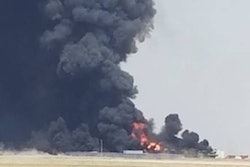 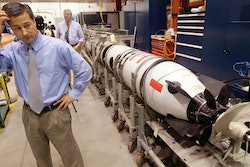