This is the first time that it flew without a safety chase plane. 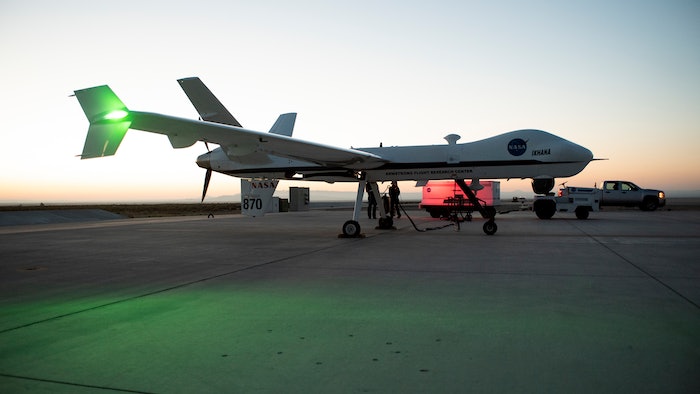 Aircraft maintenance crews at NASA‘s Armstrong Flight Research Center prepare the remotely-piloted Ikhana aircraft for a test flight June 12, 2018. The test flight was performed to validate key technologies and operations necessary for the Federal Aviation Administration's approval to fly the aircraft in the public airspace without a safety chase aircraft.
NASA/Ken Ulbrich

EDWARDS AIR FORCE BASE, Calif. (AP) — NASA has flown a large, remotely piloted aircraft equipped with detect-and-avoid technologies through the national airspace system for the first time without a safety chase plane following it (view photos in gallery).

Controlled from Armstrong Flight Research Center on Edwards Air Force Base in the Mojave Desert, Ikhana flew west into Class A airspace where airliners fly, north to Fresno and south through Class E general aviation airspace, including an approach to Victorville airport.