The strong month was a good recovery from a lackluster start to the year, but much uncertainty remains over politics, potential trade wars and a volatile stock market. 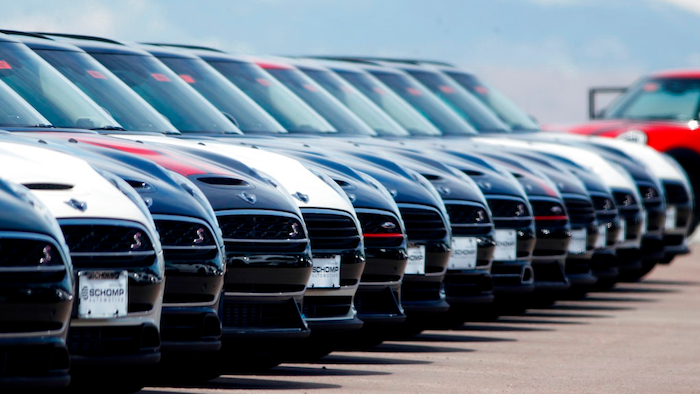 In this Friday, March 30, 2018, photograph, a line of unsold 2018 Cooper Clubmen sit in a long row at a Mini dealership in Highlands Ranch, Colo. U.S. auto sales grew 6.3 percent in March on rising sales of SUVs and pickup trucks.
AP Photo/David Zalubowski

Automakers sold more than 1.6 million vehicles for the month as buyers came out of hibernation after a cold, snowy winter in much of the country

Truck and SUV sales rose 16.3 percent while car sales plunged 9.2 percent, according to Autodata Corp. Nearly two-thirds of all vehicles sold were trucks or SUVs.

Jeff Schuster, a senior vice president at the forecasting firm LMC Automotive, said the strong month was a good recovery from a lackluster start to the year, but much uncertainty remains over politics, potential trade wars and a volatile stock market.

"All in all, it looks like consumers are starting to get used to the noise," said Schuster, who added that the strong March won't cause him to change his full-year sales prediction of just under 17 million, down 1.4 percent from last year.

Monthly sales reports may become a thing of the past if other automakers follow General Motors. The company announced Tuesday that after March, it would stop reporting monthly sales in favor of quarterly numbers.

— General Motors posted the biggest sales increase at 15.7 percent to 296,138 vehicles. It was led by the Buick brand with a 28 percent increase.

— Hyundai sales were off 11 percent to 61,540 as the car-heavy Korean brand struggled in a market that's shifting to SUVs.

— Volkswagen sales were up 13.5 percent to 52,992 as new SUVs helped it continue to recover from a diesel engine emissions cheating scandal.