Dee-Ann DurbinTom Krisher
In this Sunday, Jan. 7, 2018, photograph, a long line of unsold 2017 and 2018 Maserati Levantes sits on a dealer's lot in Highlands Ranch, Colo. Industry analysts expect February 2018 sales to tail off from a year ago as automakers ease up on cash discounts and other incentives that hit record highs last year. Most automakers report sales figures Thursday, March 1.
AP Photo/David Zalubowski

DETROIT (AP) — U.S. sales of new cars and trucks tailed off in February as automakers eased up on discounts.

Sales fell 2 percent from last February to 1.3 million, according to Autodata Corp. Among major automakers, only Toyota, Subaru and Volkswagen reported sales gains over last February.

Ford's U.S. sales chief Mark LaNeve said automakers spent an average of $65 less per vehicle on incentives in February compared to the same month last year. That's a stark contrast from 2017, when incentive spending often climbed $300 or $400 per month.

LaNeve said discounts could grow during the spring and summer, when tax returns arrive and more people shop for vehicles. But based on the first two months of this year, he expects automakers to remain fairly disciplined. In the past, heavy discounting has led to overproduction and steep declines in automakers' profits.

Here are some details regarding February sales:

— General Motors Co. sales fell just under 7 percent to 220,905. Sales were dragged down by the Chevrolet Silverado pickup truck, GM's top-selling vehicle. Silverado sales were off more than 16 percent from a year ago, when the company had record February sales of SUVs and pickup trucks. GMC and Chevrolet sales were down for the month but Buick and Cadillac sales rose.

— Ford Motor Co. sales also fell 7 percent to 194,132. Ford said its car and SUV sales were down but sales of the F-Series pickup — its biggest seller — inched up 3.5 percent. Ford brand sales were down 6 percent while luxury Lincoln sales plummeted 23 percent.

— Honda Motor Co. sales fell 5 percent to 115,557. Sales of its best-seller, the CR-V SUV, dropped 19 percent despite a recent redesign. Luxury Acura sales were up 1 percent.

— Volkswagen brand sales rose 6 percent to 26,660. Volkswagen is introducing more SUVs as consumers shift away from cars; sales of its Touareg midsize SUV were up 14 percent in February. 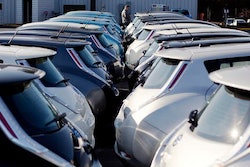 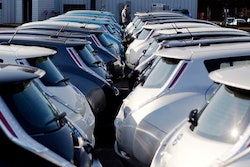 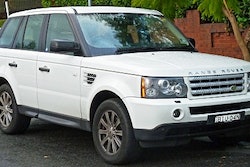