A failure of any of the aging locks on the river would lead to enough over-the-road transport to cause millions in road damage. 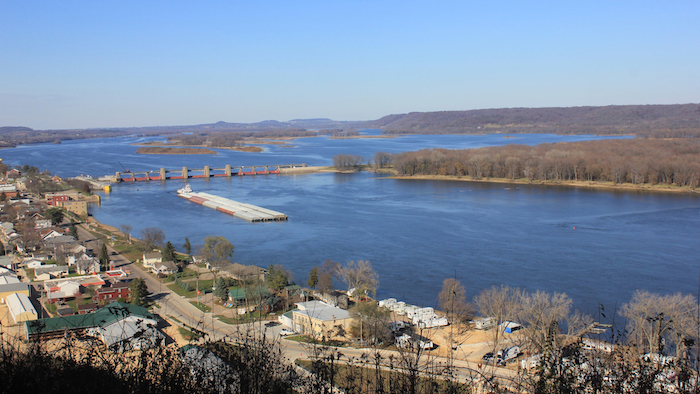 MADISON, Wis. (AP) — A recent study by Wisconsin researchers suggests that the failure of any of the 25 aging locks on the upper Mississippi River could lead to an increase of nearly half a million truckloads of freight on highways between Minnesota and Missouri.

The study by researchers at the University of Wisconsin-Madison estimates that a shutdown of the river at Hannibal, Missouri, would require trucks to move more than 12 million tons of grain during a nine-month shipping season, costing millions of dollars and damaging roads.

"We're talking about a system," said Ernest Perry, manager of the coalition and the lead researcher on the study. "If we don't take care of this one part of the system, it's going to negatively impact another part of the system."

Most of the shipments would travel through southern Minnesota and Iowa, while a smaller amount would move through Wisconsin and Illinois, causing nearly $29 million in road damage, the La Crosse Tribune reported.

The U.S. Army Corps of Engineers estimates the backlogged maintenance costs for locks and dams of the Mississippi and Illinois rivers totals to over $1 billion.

Bryan Peterson, navigation business line manager for the St. Paul District, said the Corps has been working to address maintenance issues as the budget allows.

"We definitely have needs," Peterson said. "I think we're maintaining them well enough until we can fill those needs."

House Backs $3B for Water Resources