About 700 jobs are expected to be generated in production, engineering, and multiple support areas to build composite parts for the 777X. 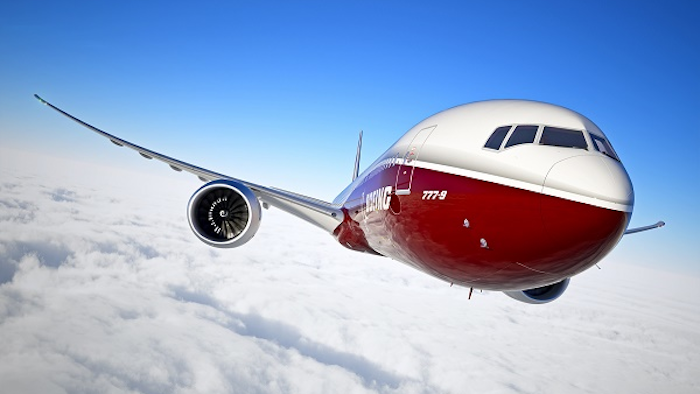 Production of 777X wing edge and empennage parts will begin at the new composite center in early 2017.
Boeing

The center is a visible representation of the company’s efforts to diversify and grow its St. Louis-area operations.

The 424,000-square-foot facility will initially build composite parts for the company’s newest commercial jetliner, the 777X (view photos in gallery). Boeing has committed more than $300 million in company funds to construct and outfit the center.

“Boeing has had a presence in St. Louis for nearly 80 years. We’ve built more than 12,000 fighter jets here,” said Bob Ciesla, vice president and program manager for the 777X St. Louis work. “With the opening of this new composite center, our well-trained, high-quality workforce is able to demonstrate its versatility and expertise, positioning our region for additional commercial and defense work in the future.”

Production of 777X wing edge and empennage parts will begin at the new composite center in early 2017. The first 777X delivery is expected in 2020.

As a result of this 777X work in St. Louis, a total of approximately 700 jobs are expected to be generated in production, engineering, and multiple support areas by the early 2020s timeframe.