How the Dairy Fallout is Impacting the Produce Industry

With the overall decline in dairy sales over the past several years, where are the dollars going to?

With the recent announcement that the dairy giant Dean Foods filed for bankruptcy under alleged drop in milk sales, a rediscussion in the food industry is brought up — where are the dairy dollars moving to?

Vice-President of SGS Produce Talia Shandler confirms an uptick of consumers interested in produce as substitutes for dairy and meat, as well as grocery stores' buyers asking for suggestions on how to appeal to the growing vegan and non-lactose communities.

People's reasons for moving toward a more plant-based diet is diverse — sustainability, health and animal wellness. "Produce checks all the boxes for that!" says Talia. She is convinced that the rising trend of the plant-based products will continue to force the industry to a radical adaptation.

The variety of milk derived from oat, rice, coconut, soy and others are endless. A Mintel report forecasted an astounding 50 percent increase in US non-dairy milk sales from 2017 and 2020, while Dairy Farmers of America’s (DFA) reported $1.1 billion drop in dairy sales just during the "challenging" 2018, representing a decrease of 7.5 percent from 2017.

Other vegetables and fruits are also used to replace meat. "Jackfruit is often used in tacos instead of pork. Cauliflower is popping up as a main course instead of chicken." Talia adds. SGS sees this trend reflecting positively on their revenue as well.

For retailers who want to stay on top of the plant-based trend, Talia suggests: "We encourage displays and recipes for Meatless Monday and vegan options. The biggest display is usually for jackfruit - since it is a hot item for vegetarians and vegans because its texture is close to shredded meat. This is followed by having a large selection of ready to cook vegetables that are good substitute for grains — things like cauliflower rice, butternut noodles, cauliflower pizza crust. To replace the savory taste of cheese we recommend eating baked sweet potatoes with broccoli and their favorite tomato based sauce."

"SGS is helping our customers to move along with the trend by offering a full line of packaged goods and more exotic offerings.  Additionally, we help with identifying the seasonality and when to promote various items for each diet." 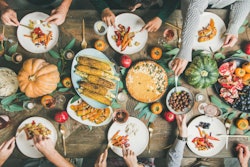 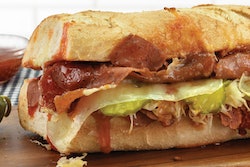 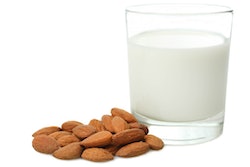