Denver-area Quiznos are serving the item as of Friday.

On Nov. 17, investors on ABC’s “Shark Tank” will decide whether corned beef made from beets, chickpeas and other plant-based ingredients is as good as – or even better than – the real thing, though local Denverites need not wait to hear the outcome and can visit their local Quiznos to try it for themselves.

“Given consumers’ growing desire for meatless options and the rise of plant-based foods, we wanted to test this modern twist on a deli classic here in Denver where sustainable green lifestyles are thriving,” said Sheila Zimmerman, Vice President of Marketing, REGO Restaurant Group, owner of Quiznos. “Mrs. Goldfarb’s Unreal Deli is a delicious alternative to traditional deli meat and a perfect brand fit.

Mrs. Goldfarb’s Unreal Deli founder Jenny Goldfarb has experienced early success with her debut product, Unreal Corned Beef, which is a hit in select delis and grocers in Los Angeles and is now nationwide.

“Just like burger lovers may seek out plant-based alternatives, corned beef aficionados can now also have a product that is, in the best sense, Unreal,” said Goldfarb. “As the great-granddaughter of New York delicatessen owners, I’m thrilled to be expanding my brand into Quiznos restaurants with the launch of this delicious and craveable item.” 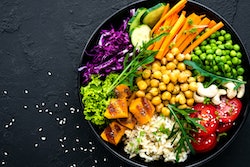 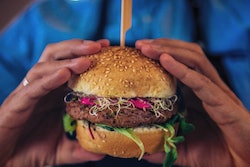 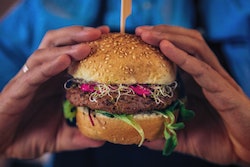