Study: Nearly 30% of Americans Would Consider a Meat-Free Thanksgiving

A new study found that 28.6 percent of Americans would consider having a meatless Thanksgiving, with Millennials at 45 percent. 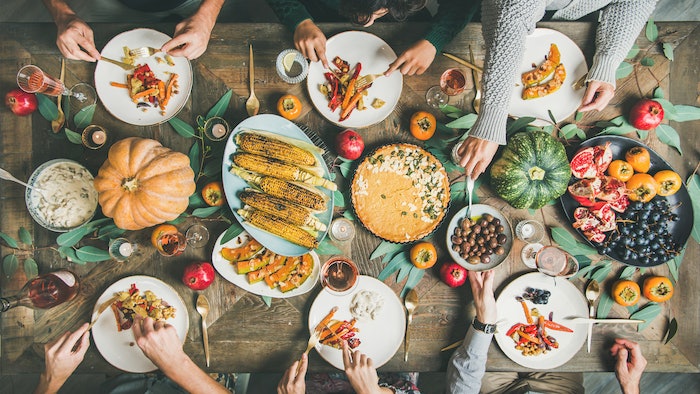 Thanksgiving is Thursday, Nov. 28, and a new study shows that a considerable portion of the US population would at least give some thought to eating bird-free on the holiday.

A new study from market research firm Dynata of more than 1,000 Americans across a variety of age groups found that 28.6 percent of them would consider having a meat-free Thanksgiving, while 13.9 percent were unsure and 57.5 percent said no. That’s 42.5 percent that would at least give it some thought.

The study found that younger Americans are the most likely to consider a meat-free Thanksgiving and the least likely to rule it out.

Americans’ willingness to consider a meat-free Thanksgiving declines with age.

Personal health is the most influential factor in Americans’ decision to consider eating more meat-free meals.

This research is based on responses from 1,050 adult respondents across six age groups and across all 50 states. The research report was conducted on behalf of plant-based meat company Meatless Farm.

Caffeine is Literally in our Blood