Amazon claims it is not legally liable because the driver did not directly work for the company.

A man involved in a crash with an Amazon delivery van filed a lawsuit in Georgia state court. Bloomberg reports the lawsuit alleges Amazon is liable and cited the company’s methods used to monitor its delivery drivers.

The man, Ans Rana, was struck from behind by a blue Amazon delivery van in Atlanta back in March. The crash sent 24-year-old Rana to the hospital with brain and spinal cord injuries and ultimately paralyzed him.

Amazon claims it is not legally culpable because the driver did not directly work for Amazon. Instead, the driver worked for Harper Logistics LLC, one of many Delivery Service Partners (DSPs) Amazon uses to make deliveries. However, drivers wear Amazon uniforms and drive vans featuring the company’s name and logo.

The drivers are required to use the Flex app which monitors deliveries and the workers’ performances. Amazon also utilizes cameras and other hardware installed in the delivery vans. In June, reports came out of Amazon firing drivers via the app’s algorithms. However, several drivers contested the firings claiming unfair termination.

Some drivers said issues out of their control, such as flat tires and locked apartment complexes, could lead to their termination.

Rana’s lawsuit makes the argument these practices make Amazon negligent and said the company “forced drivers to rush to the point it was unsafe” and “focused on speed and delivery efficiency without giving due consideration to the safety of the public.” The lawsuit also alleges the van traveled 67.73 miles per hour in a 55 mile-per-hour zone when it hit the car and sent it into another lane where it was struck by another car.

This isn’t the only legal matter involving Amazon delivery drivers. A law firm in the UK recently filed an employee rights claim which states the drivers deserve employee rights such as eligibility for National Minimum Wage or an employment contract. 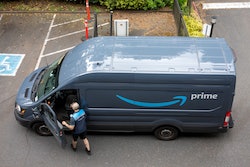 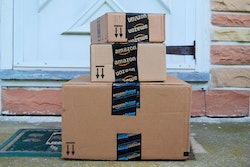