A five-fingered robotic hand that can learn how to get a better grip, massive NASA testing platforms, and getting ready for the ultimate plane/chopper combo.

Engineering By Design for today

Five-Fingered Robot Gets a Grip

A University of Washington research team has designed one of the most highly capable five-fingered robot hands in the world. This thing is not only more dexterous than any robot that I've ever seen, but it uses machine learning algorithms that help it figure out how it can take an object and, say, roll it around it it's hand - and it gets better at it with each subsequent attempt.

The team's hand, which cost about $300,000 to build, uses a Shadow Hand skeleton actuated with a custom pneumatic system and can move faster than a human hand. Right now, the tech is too expensive for routine commercial or industrial use, but it allows the researchers to push core technologies and test innovative control strategies.

NASA Kennedy Space Center in Florida is one power step closer to processing the Space Launch System, the most powerful rocket in the world which will play an eventual role in NASA’s journey to Mars.

NASA recently conducted a successful test on the two J-level work platforms which were activated and simulated how they will surround the massive rocket on the mobile launcher.

Now, the J-level is just one of 10 levels that will surround the SLS rocket and Orion spacecraft in the high bay. The platforms will extend and retract to give engineers and technicians access to various areas of the giant rocket.

It was a significant milestone, and hopefully one of many still yet to come.

Vertical Takeoff Aircraft is Half Helicopter, Half Plane

A start-up company from a European Space Agency business incubator is now developing the world’s first vertical takeoff and landing aircraft for personal use. All you will need is a 15 x 15 m space, and you could vertically takeoff from your own back yard, flying to work at 250 mph rather than fighting traffic during construction season, or having to worry about getting to and from your hobby airport. Huh, time to pave over the pond.

Founded in February 2015 by four engineers and doctoral students from the Technical University of Munich, Lilium has already proven the concept with several scale, 25 kg prototypes and is now developing its first ultralight aircraft.

The vehicle combines the benefits of helicopters and fixed-wing aircraft while avoiding their drawbacks. So while you take off and land like a helicopter, the engines swivel to propel it forward like an aircraft.

It’s entirely electric, and the ducted fan engines make for a much quieter takeoff. Its batteries, engines and controllers are redundant, which also makes it safer than conventional helicopters.

A half-size prototype is already testing the friendly skies, and a full-size unmanned prototype is planned for this summer.

The electric two-seater is scheduled to hit the market in 2018. 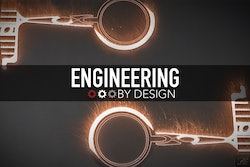 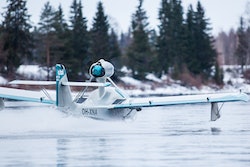