The move is designed to reduce excess production capacity amid complaints the industries are flooding global markets and depressing prices.

Associated Press
Workers walk out from a tunnel leading to a construction site of the Badaling Great Wall Station in between of Beijing-Zhangjiakou high-speed railway, in Beijing, Wednesday, March 1, 2017. China's labor minister says Beijing will cut another 500,000 jobs this year from steel, coal and other heavy industries to reduce excess production capacity that is flooding markets and depressing global prices.
AP Photo/Andy Wong

BEIJING (AP) — China will cut another 500,000 steel and coal jobs this year to reduce excess production capacity, the labor minister said Wednesday, amid complaints the industries are flooding global markets and depressing prices.

Beijing is in the midst of a multiyear effort launched last year to shrink bloated industries including steel, coal, cement, aluminum and glass in which production exceeds demand. That has fed a flood of low-cost exports that Washington and Europe complain are hurting foreign competitors and threatening thousands of jobs.

The government will provide support for the laid-off workers to find other jobs, start companies or retire, Yin Weimin said at a news conference.

"This year, to reduce excess capacity, we need to make accommodation for 500,000 workers," Yin said.

Beijing provided similar aid last year to 726,000 workers who lost jobs in coal and steel, according to Yin. That was equal to about 40 percent of the 1.8 million jobs authorities said would be eliminated in those industries last year.

The campaign to reduce excess production capacity is expected to expand this year to cement and glass but Yin gave no indication when that would happen.

Foreign aluminum producers have urged Beijing to shrink surplus production capacity in that industry but authorities have yet to take action. 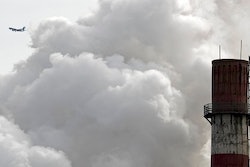 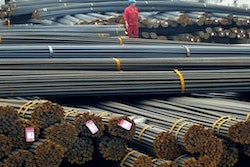