The Commerce Ministry complained Wednesday that the duties of 522 percent announced on cold-rolled steel used in automobiles and other manufacturing were excessive and called on Washington to rescind them. 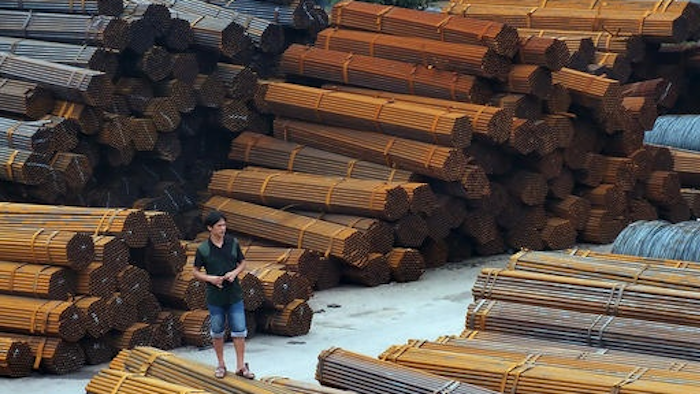 The Commerce Ministry complained Wednesday that the duties of 522 percent announced on cold-rolled steel used in automobiles and other manufacturing were excessive and called on Washington to rescind them.

Beijing faces mounting criticism from the United States and Europe over a flood of low-cost steel that Western governments complain hurts their producers and threatens thousands of jobs.

The Chinese government is trying to shrink bloated industries including steel, coal, cement, aluminum and solar panel manufacturing in which supplies exceed demand. That has led to price-cutting wars that are driving producers into bankruptcy.

Chinese government plans call for stepping up exports and shifting some operations abroad. The Cabinet approved measures in April to support steel exports with tax rebates and bank loans.

The latest U.S. duties include 266 percent for anti-dumping and 256 percent to offset what investigators concluded were improper subsidies.

The Commerce Ministry complained regulators engaged in "unfair practices" and improperly hampered the ability of Chinese companies to defend themselves but gave no details.

Washington was responding to a 2015 complaint by five steel producers that said they have been forced to lay off thousands of employees due to unfair foreign competition.

One of the producers, United States Steel Corp., filed a separate complaint last month accusing the biggest Chinese steel producers of conspiring to fix prices, stealing trade secrets and skirting duties on imports in the U.S. with false labeling.