Small Businesses: Trump Order on China Will Hurt Us

Business owner Vanessa Topper said if she can't work with a manufacturer in China, "I'm going to have to fold a quarter of my business." 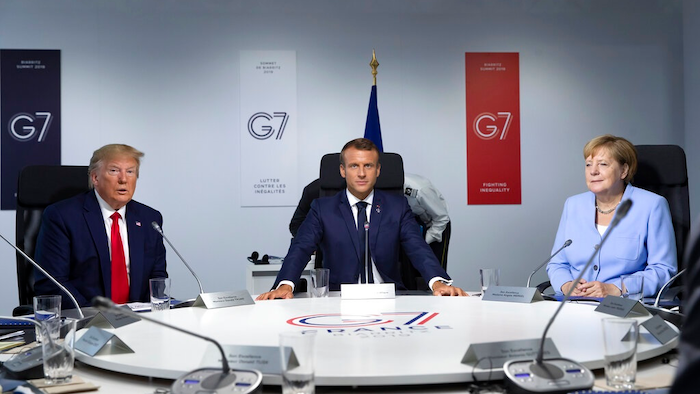 If Vanessa Topper can't work with a manufacturer in China, "I'm going to have to fold a quarter of my business," she says.

About 25 percent of the promotional products Topper sells are imported from China. She estimates that if she were to look for a supplier in another country, it would cost her company, TopNest Designs, at least $100,000 and she would risk losing clients, companies that produce wine, beer and liquor.

Topper, whose business is based in Tiburon, California, says she can't afford to go to a country like Vietnam to meet with manufacturers. Moreover, the process of finding a new supplier would take months, and she has no guarantee that the merchandise would meet her customers' requirements.

Small businesses individually and as groups say their revenue and profits have been hurt by the trade wars that began with Trump's imposition of 25% tariffs on Chinese-made raw materials and products last year. Since then, Trump has expanded the tariffs on the goods U.S. companies import, and China has responded with tariffs of its own on items exported from the U.S. On Friday, China announced it was raising tariffs on $75 billion in U.S. imports, after which Trump's "ordered" that U.S. companies find alternatives to doing business with China.

Trump softened the threat Sunday, saying he would only consider it if China again responded with raising tariffs on American goods.

Companies of all sizes have seen their costs rise because of the tariffs, and some have lost business as their customers reject higher-priced goods. But the tariffs take a greater toll on smaller companies that don't have the financial resources to shift their manufacturing to other countries.

"It's not as easy as a tweet to find alternatives. And time spent finding alternatives is time spent not growing the business," says Karen Kerrigan, president of the advocacy group Small Business & Entrepreneurship Council.

But in some industries, there are few or no alternatives. Manufacturers, importers and retailers are forced to pay the tariffs.

"There's nothing I can do about where the products in my store are sourced from," says Tiffany Zarfas Williams, owner of The Luggage Shop of Lubbock, Texas. "That's way behind my control. I'm at the mercy of my manufacturers, and changing factories and finding new sourcing options take years."

The vast majority of luggage sold in the U.S. is made in China. But even if it were made domestically or in other countries, "that doesn't even address the issue that all of the parts and pieces that make luggage are all made in China as well," Williams says.

Peter Horwitz, owner of Tiger Packaging, a paper and plastic products supplier based in Boca Raton, Florida, has shifted most of his manufacturing away from China in recent years. But he's unable to find suppliers in other countries for some of his products, including vinyl gloves. He's looked in the U.S. but found none.

"We'd much rather support our own. But the reality isn't like that, unfortunately," he says.