The worker was hit with a large clamp that is supposed to hold steel.

On December 5, 2016, a 64-year-old maintenance worker's pelvis was fractured after being struck by a sail at Canton, OH-based automotive steel manufacturer Republic Steel.

The sail, which is a large clamp that holds the steel billet, struck the worker because lockout devices were not affixed to the machine's operating parts to stop the movement.

The company now faces about $280,000, but not just because of the unguarded machine and broken pelvis. A second investigation, opened eight days after the pelvis problem, found that seven workers had been exposed to excessive levels of lead.

According to OSHA, the company failed to implement engineering controls to lower exposure to steel dust particulates; prohibit employees from eating in areas where lead exposure was possible; affix locking devices to machine operating parts during maintenance, and replace damaged guard and stair rails.

Over the last ten years, Republic Steel has been cited for more than 250 safety and health violations at its facilities across the country.

Just last year, the company was fined $121,000 because it failed to live up to a promise it made to the agency in 2014 to address previous health and safety violations, which included a lack of lockout/tagout devices and machine guarding among other violations at a sister facility in Ohio.

Republic Steel is a leading North American supplier of steel bars for automotive and industrial use. According to OSHA, the company has annual sales exceeding $1 billion. So the last two violations, totaling about $401,000, accounts for 0.04% or four-ten-thousandths of the company’s annual sales. 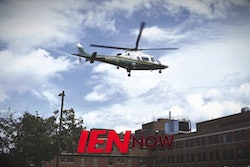