BEIJING (AP) — An explosion at a chemical plant in southern China on Tuesday killed at least four people and injured six, the local government said, in the latest of a string of such accidents.

The Guangxi regional emergency rescue service said on its official microblog that an investigation was underway into Tuesday morning's accident in the plant that made the commonly used plastic Bakelite.

Similar accidents in recent months have killed scores of Chinese, despite a push to boost safety and crack down on the corruption that facilitates it.

Nine people were killed Sunday in a restaurant gas explosion in the eastern province of Jiangsu, the same province where a massive chemical blast in March left nearly 80 people dead in one of China's worst industrial accidents in recent years.

A massive 2015 explosion at a chemical warehouse in the port city of Tianjin killed 173 people. That disaster was blamed mainly on illegal construction and storage operations. 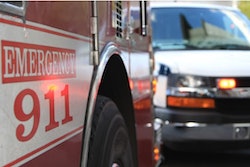 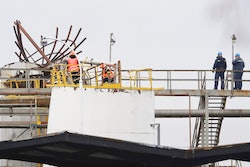