Crews were deconstructing one of the storage tanks that was damaged in the March 17 blaze when a fire broke out again. 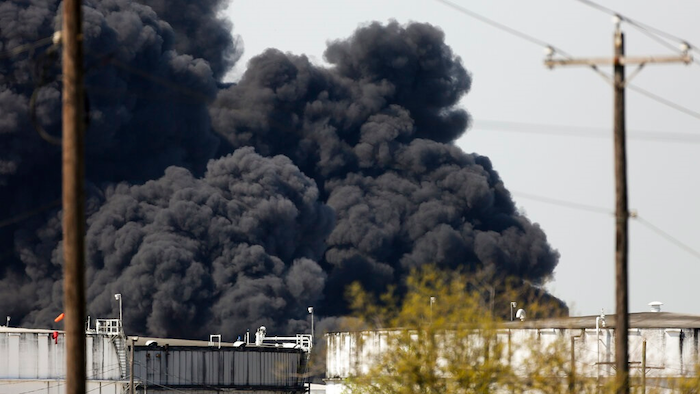 The facility in Deer Park, TX during the initial fire that broke out March 17, 2019.
AP file

DEER PARK, Texas (AP) — A company that owns a Houston-area petrochemical storage facility that burned for days in March says it quickly extinguished a small fire that broke out at the facility during ongoing cleanup efforts.

Intercontinental Terminals Company says the flash fire happened at 11:45 a.m. Tuesday as crews were deconstructing one of the storage tanks that was damaged in the March 17 blaze.

ITC says no injuries were reported and air monitoring during the small fire didn't identify any elevated levels of benzene.

The March fire at the Deer Park facility, located southeast of Houston, burned for days and triggered air quality warnings.