A 2018 blast injured 36 people and required the evacuation of much of the town largely because of the presence of hydrogen fluoride. 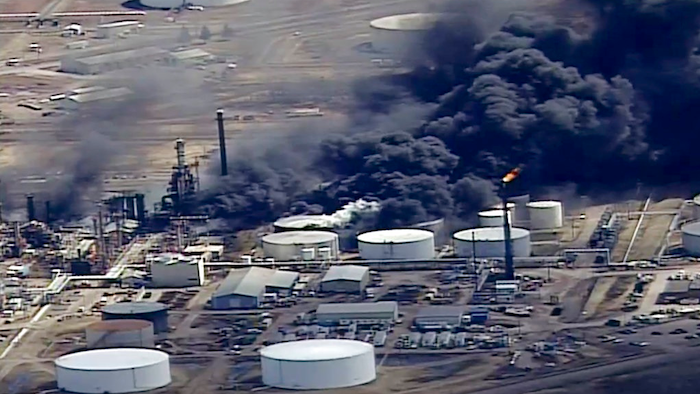 SUPERIOR, Wis. (AP) — Husky Energy said Wednesday that it will invest more than $400 million to rebuild its oil refinery in Superior, Wisconsin, and will continue its use of a highly toxic chemical that raised fears in the community after an explosion at the refinery last April.

The blast injured 36 people and required the evacuation of much of Superior largely because of the presence of hydrogen fluoride, which can be hazardous to human health. The tank containing the chemical wasn't damaged by the explosion, which was caused by a hole in a valve .

"The hydrogen fluoride alkylation unit, as it's called, is fundamental to making gasoline," Symonds said. "This is the gasoline that we all use in our cars today."

Symonds said if they didn't use the chemical, it would make the refinery "nonviable."

The mayors of Superior and adjacent Duluth, Minnesota, called on Husky Energy to remove hydrogen fluoride from its operations. Some community members and groups have also pushed for its removal, including the Twin Ports Action Alliance.

Ginger Juel, co-founder of the Twin Ports Action Alliance, said other methods can produce high-octane gasoline, such as sulfuric acid and ISOALKY technology.

"Put in context, today we have one truck a year that brings in hydrogen fluoride," he said. "If we were to go to sulfuric acid, we would go to one truck a day."

"We very early on decided we did want to rebuild," Symonds said. "We wanted to stay in the Superior area and we wanted to continue to invest in the refinery."