Two other workers were crushed by a concrete barrier and another fell off of a bridge.

DUNDALK, MD. (AP) — The employer of the construction worker killed at a Baltimore wastewater treatment plant this week has been identified as a contractor that's seen three other worker deaths this year.

Raymond says the Atlanta-based Walsh Group subsidiary was contracted to build a system to remove nitrogen and phosphorous from the effluent at the Back River plant.

The U.S. Occupational Safety and Health Administration cited Archer Western for the deaths of two men who died in February when a concrete barrier fell on them in a trench on Interstate 95 in Miami.

Another worker fell from a bridge in Jacksonville, Florida, in October. 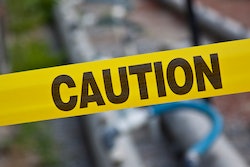