The 36-year-old man was working in a large trench at the treatment plant when he was struck.

DUNDALK, MD. (AP) — Authorities say a worker was struck and killed by an excavator in a trench at a Baltimore wastewater treatment plant.

Officials say Cruz was working in a large trench at the treatment plant when the excavator's bucket struck him. He was pronounced dead at a hospital.

A Department of Public Works spokesman called Cruz's death "tragic," saying they'd working to ensure it won't happen again. The department says Cruz was working for a company contracted by the city.

The name of the company was not released.

Baltimore Environmental Police and the Maryland Occupational Safety and Health Administration are investigating. 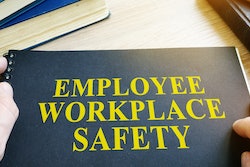