It forced the mandatory evacuation of nearby homes and businesses. 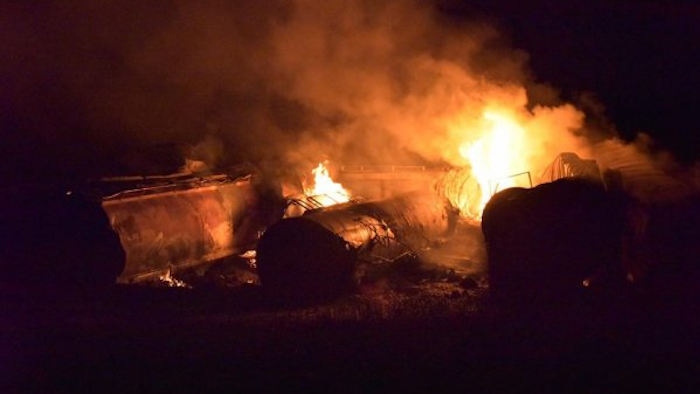 The Gibson County Sheriff's Office says in a statement the train derailed Sunday evening about 2,100 feet west of a trailer park in Princeton, about 150 miles southwest of Indianapolis. The department says several people reported an explosion.

The derailment's cause is under investigation. First responders went door-to-door to evacuate people within a 1-mile radius of the derailment.