A lawsuit says design flaws in the product led to one woman's death and another's permanent disfigurement. 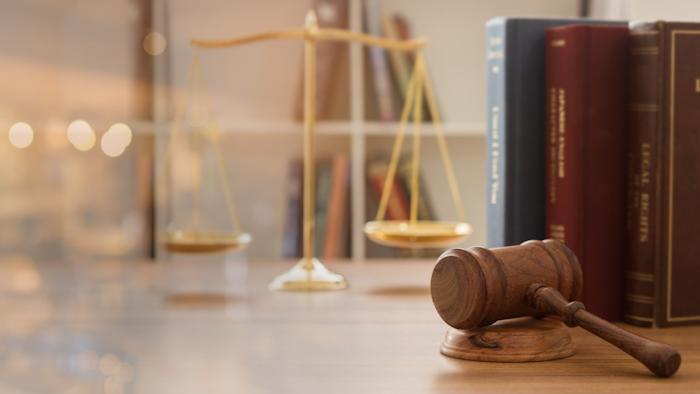 The lawsuits filed in South Carolina and Tennessee accuse the Omaha, Nebraska-based Lindsay Corporation of negligence in the design of X-LITE guardrails. Instead of telescoping to absorb impact when vehicles hit them, the guardrails pierced through vehicles, killing one woman and injuring another so severely she had to have a leg amputated, according to the complaints.

In April 2017, a woman died in Spartanburg County, South Carolina, after the SUV her husband was driving on Interstate 26 went off the side of the road and hit a guardrail. Instead of absorbing the crash's impact, as designed, beams from the rail were allowed to "pierce through the GMC's exterior and frame," puncturing all the way through to the backseat, on the passenger side.

Charlotte Blankenship suffered "immediate, horrible, and agonizing pain, severe damage to her internal organs, internal bleeding" and ultimately died, according to the lawsuit.

Several months later, a similar crash in Tennessee led to injuries so severe that driver Joyce Moyer had to have her left leg amputated, according to her lawsuit against Lindsay.

Scrutiny of the guardrails has prompted Tennessee and other states to remove them from their roadways, but South Carolina transportation officials said they would leave the rails in place until they are damaged or outlive their lifespan.

Several months before Moyer's crash, Tennessee transportation officials announced plans to remove the Lindsay X-LITE guardrails, saying they "did not perform as they were intended to," particularly at speeds higher than about 62 mph (about 100 kph), and led to three deaths from two crashes.

Transportation officials in South Carolina said last year that, while they wouldn't install more of the X-LITE system, they wouldn't remove ones already in place until they're damaged or at the end of their recommended 10-year lifespan. In December, state officials made statements similar to those issued by X-LITE officials, who have maintained their guardrails still meet federal guidelines.

"The governor is pleased that the Department of Transportation has done its due diligence and, out of an abundance of caution, has decided to remove these particular guardrails from its approved items list," Brian Symmes, a spokesman for Gov. Henry McMaster, told The Greenville News in December. "Should there be any testing done that suggests these guardrails are unsafe to be used on South Carolina roads, the governor would ask that the department develop and present a proposal to him and the General Assembly for removing them in the most efficient and cost effective way possible."

At the end of last year, South Carolina transportation officials told the paper the state didn't keep exact figures on how many of the state's 11,000 guardrails were X-LITEs. On its website, X-LITE says its product "is designed and manufactured to reduce the number and severity of injuries sustained from automobile accidents," adding that no system "can prevent every tragedy."