Gear shifters have confused drivers, causing the vehicles to roll away unexpectedly. 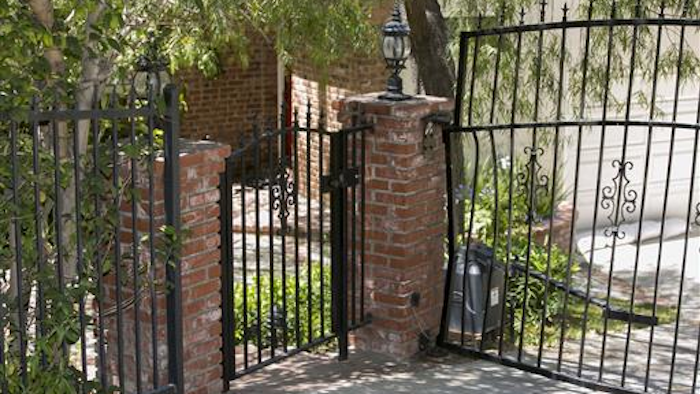 The driveway to the home of Anton Yelchin, a rising actor, best known for playing Chekov in the new "Star Trek" films, is seen in the Studio City area of Los Angeles, on Sunday, June 19, 2016. Yelchin was killed by his own car as it rolled down his driveway early Sunday, police and his publicist said. The car pinned Yelchin, 27, against a brick mailbox pillar and a security fence at his home in Los Angeles, Officer Jenny Hosier said. He had gotten out of the vehicle momentarily, but police did not say why he was behind it when it started rolling.
AP Photo/Damian Dovarganes

LOS ANGELES (AP) — The SUV that rolled down a driveway and killed "Star Trek" actor Anton Yelchin was being recalled because the gear shifters have confused drivers, causing the vehicles to roll away unexpectedly, government records show.

Yelchin, 27, a rising actor best known for playing Chekov in the rebooted series, died Sunday after his 2015 Jeep Grand Cherokee pinned him against a mailbox pillar and security fence at his home, Los Angeles police said.

The agency urged the recall because of complaints from drivers who had trouble telling if they had put the automatic transmissions in park. If they were not in park and a driver left the vehicle, it could roll away.

Fiat Chrysler expected to send recall notification letters to owners on May 16, according to a memo to dealers, but it's not known whether Yelchin received or saw his letter. The company is working on a fix and expects to have a software update ready in July or August.

Investigators were looking into the position of Yelchin's gear shift at the time of the accident, Officer Jane Kim said. The actor had gotten out of the vehicle momentarily, but police didn't say why he was behind it when it started rolling.

Fiat Chrysler said in a statement Monday that it was investigating and it was premature to speculate on the cause of the crash.

Yelchin's death was the first that might be related to the recall, the traffic safety administration said, although several serious injuries have been reported. The agency said Monday it's in contact with police about the cause of the crash, and it urged owners of the recalled vehicles to make sure they're in park before exiting and to use the parking brake.

As of April, the company had reports of 212 crashes, 41 injuries and 308 property damage claims potentially caused by the shifters, it said in documents filed with the government.

The recalled vehicles, including nearly 812,000 in the U.S., have an electronic shift lever that toggles forward or backward to let the driver select the gear instead of moving along a track like a conventional shifter. A light shows which gear is selected, but to get from drive to park, drivers must push the lever forward three times.

The recalled vehicles sound a chime and issue a dashboard warning if the driver's door is opened while they are not in park. But the push-button ignition won't shut off the engine if not in park, increasing the risk of the vehicles rolling away after drivers have gotten out.

The Grand Cherokee gear shifters were changed in the 2016 model year so that it works like those in older cars.

Coroner's officials ruled Yelchin's death an accident after an autopsy. The results of any toxicology tests would not be known for months, coroner spokesman Ed Winter said.

Yelchin's friends found him dead after he failed to show up for an audition early Sunday.

His death tragically cut short the promising career of an actor whom audiences were still getting to know and who had great artistic ambition. "Star Trek Beyond," the third film in the series, comes out in July.

Director J.J. Abrams, who cast Yelchin in the franchise, wrote in a statement that he was "brilliant ... kind ... funny as hell, and supremely talented."

He also starred in the Gabe Klinger romance "Porto," which may be released in the fall, and had completed work on three other independent films.

Yelchin began acting as a child, taking small roles in independent films and various television shows, such as "ER," ''The Practice," and "Curb Your Enthusiasm" before receiving his breakout big-screen role opposite Anthony Hopkins in 2001's "Hearts in Atlantis."

Yelchin, an only child, was born in Russia. His parents, who were professional figure skaters, moved the family to the United States when Yelchin was a baby. He briefly flirted with skating lessons, too, before discovering that he wasn't very skilled on the ice. That led him to acting class.

"I loved the improvisation part of it the most, because it was a lot like just playing around with stuff," Yelchin told The Associated Press in 2011. "There was something about it that I just felt completely comfortable doing and happy doing."

Actor in Plant Protest to Report to Jail