The state is installing an air-quality monitor near an Army ammunition plant that regularly conducts open burns of hazardous waste. 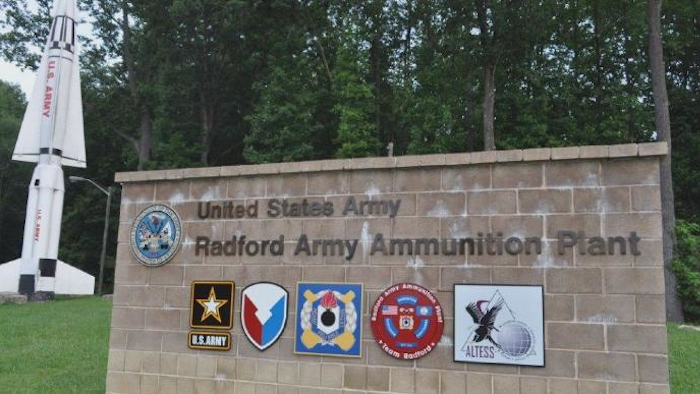 RADFORD, Va. — Virginia is installing a stationary air-quality monitor for the first time near an Army ammunition plant that regularly conducts open burns of hazardous waste.

Department of Environmental Quality spokesman Bill Hayden says the monitor will be around 820 feet (250 m) from the fence line of the Radford Army Ammunition Plant and near Belview Elementary School in Radford.

Hayden says the monitor is designed primarily to detect lead, which is among the many pollutants emitted from the plant.

The open burns are legally permitted but have raised concerns among some residents, including over the proximity of the school. Hayden says the department has received requests for a monitor for the past year or so. It should be in place this fall.

Recently released results of air-quality testing conducted by drone over open burns at the plant showed arsenic, lead and three other pollutants at higher-than-expected levels.