The facility makes ammunition and bombs for the military. 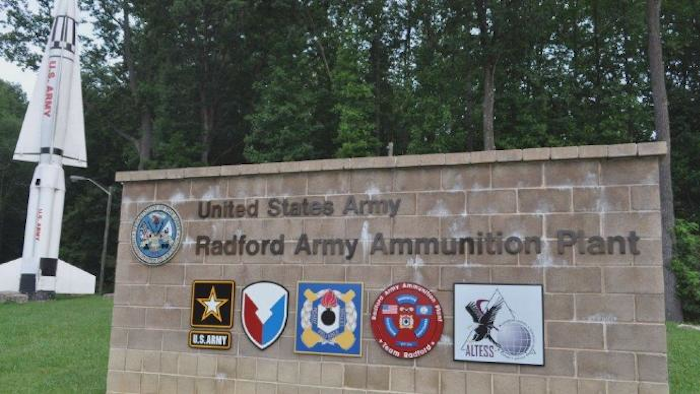 RADFORD, Va. (AP) — An Army ammunition plant has once again topped the list of polluters in Virginia.

According to The Roanoke Times, a report issued this week by Virginia's Department of Environmental Quality found that the Radford Army Ammunition Plant accounts for 34 percent of the total on-site releases of all 2016 toxic release inventory chemicals reported by facilities statewide.

The facility makes ammunition and bombs for the military through private company BAE Systems. A drone study also found pollutants at higher-than-expected levels.

RAAP Commander Lt. Col. James Scott recently announced an initiative to reduce waste treated at the arsenal's open burning ground by 50 percent by 2023. Plant staff said at a March 22 public meeting that a design for an incinerator to consume most of its munitions waste is nearing completion.