He was fixing a faulty oven door when he was crushed by a 600-pound counterweight.

Berelovich was crushed by a 600-pound counterweight after he told a co-worker to open it remotely. The co-worker said that he tried to stop the counterweight from descending, but it was too late.

According to the Daily Press, Berelovich's family filed a $12.5 million wrongful death lawsuit against Flinn and Dreffein Engineering, the maker and designer of the industrial equipment, stating that the company made an unsafe furnace system that caused the worker's death.

According to the lawsuit, when the co-worker saw that Berelovich was in "imminent danger," he was "helpless to provide any assistance because the mechanism to stop the machine was not within reach." Berelovich was crushed before the co-worker could make it to the kill switch. The lawsuit also added that protective barriers should have been included to prevent Berelovich from being crushed.

Last week, Berelovich's family dropped the lawsuit, because the machine was so old, and had been transferred so many times, that they had trouble determining who installed the kill switch. It was also possible that employees at Craft Machine Works modified the machine, but the people responsible for purchasing and installing the decades-old equipment were no longer around.

Man Dies After Falling Into Vat of Sulfuric Acid 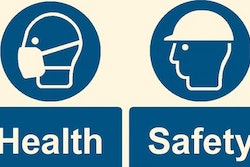