Inexperience may have played a role in the fatality.

This week, a 20-year-old employee at PA-based Strong Industries Pool and Spas died after he was crushed by a 1,200-pound mold.

According to Wade Spicer, the owner of Strong Industries, the employee had only been with the company for a month. Spicer told local newspaper The Daily Item that it was the first work-related death since the company opened its doors in 1992.

Inexperience may have played a role in the fatality as the equipment was operating normally and did not malfunction. According to a video of the accident, the employee leaned into a mold as it was being lowered. Spicer speculated that the man may have dropped something into the mold and, because he was wearing ear buds, he was likely unable to hear last-second warnings.

Strong Spas is one of the largest hot tub manufacturers in the world, and, according to the company, the only such manufacturer with plant operations in the United States. Workers at the plant in Northumberland, PA design, manufacture, and assemble the hot tubs on site.

Relatives of the deceased set up a GoFundMe page to help the parents cover the cost of the funeral. On the page, they say the deceased was a "great kid who is now gone way to soon." To help support the family, you can click the link below. 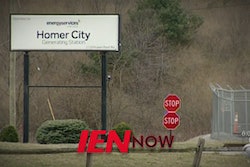 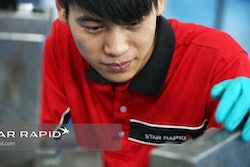