Gov. Andrew Cuomo has long called for the plant's closure, saying operating a nuclear plant so close to a major population center is a potential safety hazard. 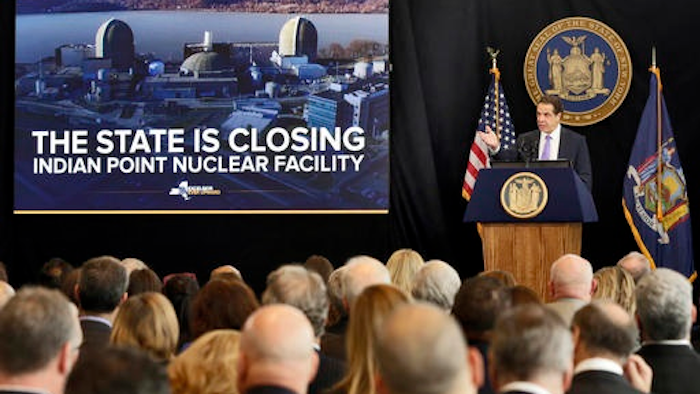 ALBANY, N.Y. (AP) — A plan to close the aging Indian Point nuclear power plant by 2021 removes a long-held fear of an accident occurring miles from the nation's most populous city.

Although the plant provides about a quarter of the electricity in New York City and suburban Westchester County, experts agree that taking he plant offline should have a negligible long-term impact on supply. Whether electric rates climb as a result remains an open question.

"It's hard to know how likely it will impact rates, because terms of the shutdown haven't been laid out in any detail yet," said Peter Bradford, a former chairman of the state's Public Service Commission.

Gov. Andrew Cuomo said Monday the state will be able to make up for lost electricity generation after announcing a deal with plant owner Entergy Corp. to close the facility in five years.

Cuomo has long called for the plant's closure, saying operating a nuclear plant so close to a major population center is a potential safety hazard.

"The state is fully prepared to replace the power generated by the plant at a negligible cost to ratepayers," the Democrat said in a statement.

It will take some time, however, to ramp up other energy sources to take the place of Indian Point, said Entergy Wholesale Commodities President Bill Mohl.

"Clearly right now they don't have the ability to replace the 2,000 megawatts," he said, referring to the state. "Obviously they're going to need to add a substantial amount of capacity."

Transmission upgrades and efficiency measures already are in service, Cuomo said, adding that other generation resources ready to come online by 2021 will help generate more than enough electrical power to replace Indian Point's capacity. In its announcement of the closure, Cuomo's administration wrote that closing the plant "will have little to no effect on New Yorkers' electricity bills."

Dr. Robert Brinkmann, founder of the Sustainability Studies program at Hofstra University, agrees. He predicted the closure would have little impact and said the remainder of the state's electric grid would be able to supply the power lost from Indian Point.

"The state has been quite aggressive with other renewables, we have quite a lot of energy coming from hydroelectric plants, and there has been a lot of work to boost other green energy, including wind and solar," Brinkmann said.

He said the way utilities obtain electricity has changed during the past several decades.

"You can't think of the energy grid as being within one state," Brinkmann said. "It expands to the whole continent. There are a lot of other electric energy sources that can provide support."

"This decision was truly based on economics," he said. "We were going to have to make a decision regardless of the settlement with the state."

The agreement requires Entergy to make repairs and upgrades to Indian Point and its storage system for the radioactive waste that remains after the fuel is used. It would give the state time to find an alternative source of electricity and allow the closure deadline to be delayed a few years if the state and Entergy agree.

In exchange, the state and the environmental group Riverkeeper agree to drop legal challenges, and the state will support the plant's request for a new federal operating license.

Attorney General Eric Schneiderman, a Democrat whose office signed onto the deal, said his office will ensure Entergy lives up to its end of the agreement.

"My office will vigorously monitor Entergy's compliance with today's agreement to ensure its terms are met," he said. 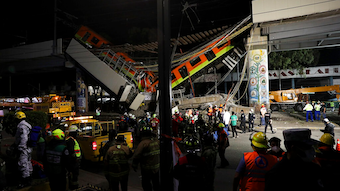