Nuclear Operator: Closing Plants Would Be Felt Around Ohio

Supporters of a nuclear industry bailout warned that closing the plants would set off a local recession. 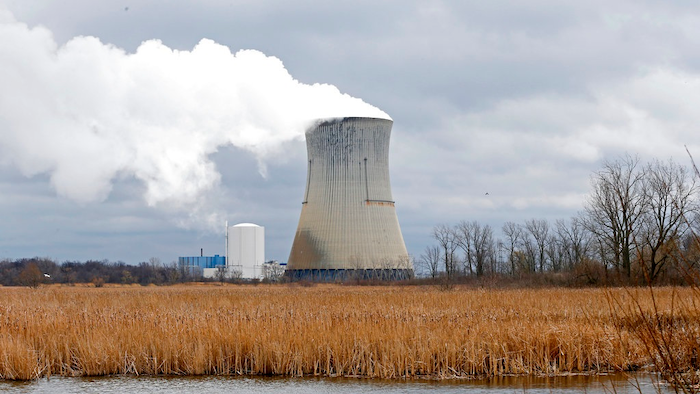 TOLEDO, Ohio (AP) — Shutting down Ohio's two nuclear power plants would be more costly to the state than approving a financial lifeline to keep them operating, backers told lawmakers this week.

In the first legislative hearings on what critics are calling a bailout for the nuclear industry, supporters warned that closing the plants would set off a recession in the two northern Ohio communities where they operate.

They also said the impact would be felt around the state in the form of higher utility bills and would leave Ohio too dependent on natural gas for electricity.

The question now before the Legislature is whether to approve a surcharge — $30 a year for residential customers — on every electric bill in the state, which would bring in $300 million each year for clean energy production.

The plan also would get rid of renewable energy mandates that add on extra charges, something supporters say would reduce energy bills in the long run. Supporters of wind and solar energy say the move would be a major blow to renewable energy growth.

About half of the $300 million from the surcharges would go toward the Davis-Besse plant near Toledo and the Perry plant east of Cleveland operated by FirstEnergy Solutions. Without the money, the company operating the plants, FirstEnergy Solutions, says both will close by 2021.

The nuclear plants, like many around the nation, are struggling to compete with cheaper natural gas plants and renewable energy.

Unlike wind and solar sources, the nuclear plants are at disadvantage because they don't get incentives to produce non-polluting electricity, said Dave Griffing, vice president of government affairs for FirstEnergy Solutions.

He pushed back against those who say the nuclear plants are too costly, saying upgrades now allow them to operate more efficiently.

"They're operating better now than when we first built them," Griffing told lawmakers this past week.

But he also said that if the nuclear plants do close, the drop in supply will push up prices, citing a study that looked at environmental and economic impact of the plants.

The other main concern over the fate of the two plants is that they account for roughly $30 million in tax revenue for schools and local governments. Both plants also employ about 1,400 workers, not including many more suppliers and contractors.

Rep. Michael O'Brien, a Democrat from Warren, asked during a hearing Wednesday whether there was any guarantee that FirstEnergy Solutions would keep all of its jobs in Ohio if lawmakers allow the surcharges.

There's nothing in the legislation that would give a guarantee, Griffing responded.

Losing that money would create a "recessionary environment in our community," he said.

Critics of the proposal will get a chance to raise their concerns with lawmakers at hearings this coming week.

One of the biggest issues for them is whether the bill is simply trying to rescue the nuclear plants while not doing enough to increase wind and solar energy production.

The Ohio Environmental Council said last week that the legislation's attempt to end renewable energy mandates "would dismantle one of the only state policies that reliably deliver electric bill savings to customers, decrease air pollution, and create new jobs in Ohio."