Expressing renewed concern about the pace of the recall, which is the largest ever for the U.S. auto industry, officials from the NHTSA released a schedule for further recalls on Friday. 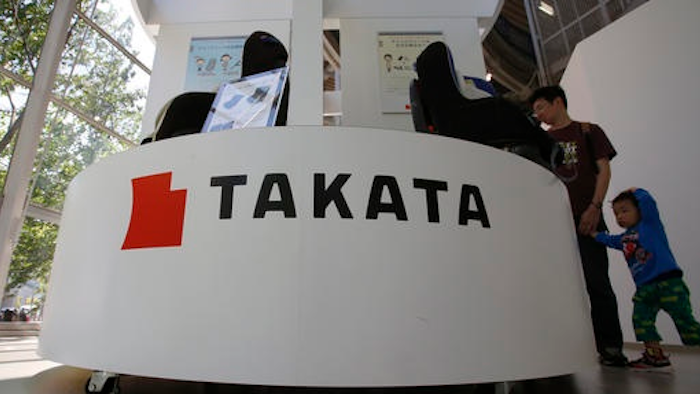 DETROIT (AP) — The U.S. government is trying to get automakers to move faster to fix 42 million vehicles that are being recalled because of potentially deadly Takata air bag inflators.

Expressing renewed concern about the pace of the recall, which is the largest ever for the U.S. auto industry, officials from the National Highway Safety Administration released a schedule for further recalls on Friday and said the agency would require all 19 companies involved to submit plans to reach more owners.

Eventually, about 69 million inflators that can potentially explode with too much force and spew shrapnel into people will be recalled. Some cars will have both the driver side and passenger side air bags replaced.

As of last week, however, only 12.5 million, or about 18 percent, of the inflators had been replaced, and NHTSA said some automakers weren't doing enough to contact owners. The agency ordered the companies to turn in a "recall engagement plan" within 90 days to increase the completion rate.

Recalls are being phased in through the end of 2020. NHTSA added sports car maker McLaren to the list of affected automakers.

NHTSA officials said the recalls have been proceeding slowly in part because of a lack of available parts. Different cars need different air bag inflators, so it's not always easy to snap new parts into place.

The agency said some consumers also haven't gotten repairs even though parts are available. The agency is urging anyone who gets a recall notice to contact a dealer and get their vehicle repaired as quickly as possible.

Normally, around 70 percent of consumers complete recall repairs, the agency said. In this case, NHTSA wants the recall repair rate to achieve 100 percent.

Takata inflators use the explosive chemical ammonium nitrate to create a small explosion that inflates air bags in a crash. But the chemical can deteriorate when exposed to high heat and humidity, causing it to burn too fast. That can blow apart a metal canister designed to contain the explosion.

NHTSA on Friday released a complete list of models covered by current and future Takata recalls. The full list can be found in an announcement issued Friday. Click on "Amended Coordinated Remedy Order" and scroll to "Amended Annex A" at the end to search for your vehicle.

Living too close to drilling sites has been linked to a range of health risks, especially to children.
Nov 30th, 2021