Driver Hurt by Air Bag Shrapnel as Probe Drags On

ARC inflators are similar to dangerous devices made by Takata Corp., and have been under investigation since 2015. 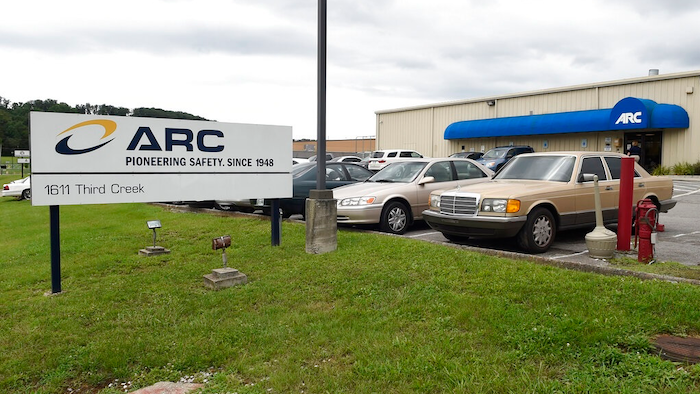 This July 14, 2015, file photo shows the ARC Automotive manufacturing plant in Knoxville, Tenn. Nearly four years ago, the U.S. government’s highway safety agency began investigating air bag inflators made by ARC Automotive of Tennessee when two people were hit by flying shrapnel after crashes. A public records posted by the agency show little progress on the probe, which began in July of 2015 and remains unresolved.
Adam Lau/Knoxville News Sentinel via AP, File

The National Highway Traffic Safety Administration estimated that 8 million Fiat Chrysler, Hyundai, Kia and General Motors vehicles in the U.S. use the company's inflators. The investigation became more urgent in 2016 after a Canadian woman driving a Hyundai was killed by shrapnel from an ARC inflator.

But public records posted by the agency show little progress on the probe, which began in July of 2015 and remains unresolved.

Now another person has been hurt by an exploding ARC inflator, this time in a General Motors vehicle. Safety advocates say the slow investigation is a symptom of an agency that has done little to regulate the auto industry.

"That's really unacceptable. NHTSA should have gotten on top of it sooner," said Rosemary Shahan, president of California-based Consumers for Auto Reliability and Safety. "It's just really painfully obvious that it's a (safety) defect."

The agency said the investigation remains open "as we continue to review information with ARC and the vehicle manufacturers that may have had ARC inflators installed."

A spokeswoman did not respond to questions asking about the length of the probe. ARC's communications office did not return multiple telephone and email messages seeking comment Tuesday and Wednesday.

ARC inflators are similar to dangerous devices made by bankrupt Takata Corp. of Japan. Both use the explosive chemical ammonium nitrate to create a small explosion to inflate the bags in a crash, and both can blow apart metal canisters that hold the chemical. But unlike Takata, ARC of Knoxville uses ammonium nitrate only as a secondary method of inflating the bags.

At least 23 deaths have been reported worldwide due to Takata air bag inflators; there has been only one known death linked to ARC's inflators.

Last week, NHTSA posted documents saying that General Motors would recall 1,145 Chevrolet Malibu sedans from the 2010 and 2011 model years after finding out that a driver had been injured by an exploding ARC inflator. The company said it's the only inflator rupture known to have happened in 1.2 million GM vehicles with ARC inflators, including 2008 to 2012 Malibus as well as 2007 to 2010 Saturn Auras, made at a factory in Kansas City, Kansas.

GM said in a statement that it recalled all the cars with inflators made in the same production lot identified by ARC. The automaker said it will inspect inflators that are replaced.

"If we find a defect trend beyond the recalled vehicles, we will take appropriate action," the statement said.

The inflator in a 2011 Malibu exploded in a Sept. 22, 2017 crash, injuring the driver. GM was told about the crash by the driver's attorney two months later, but the company was not able to inspect the car until Dec. 13, 2018, according to documents filed with NHTSA. A GM engineer looked at the car and components and determined that the inflator "likely overpressurized and ruptured during deployment." A week later the company decided to do the recall.

Details of the crash and the driver's injuries were not available.

Dealers will begin replacing the inflators Feb. 28, with parts available for all the recalled vehicles in mid-to-late March. Loaner cars will be available for people who don't want to drive until repairs are made.

Progress on the NHTSA investigation has been slow. The last document in the public file was a letter sent by the agency to GM in January of 2017, more than two years ago.

Other investigations have moved slowly as well. As of December, the agency had 36 investigations open into the effectiveness of recalls and possible safety defects. Of those, 11 are more than two years old, and four are over three years old. One, a probe into Kia sunroofs that can break, began more than five years ago in October of 2013.

In December of 2016, the last full year of the Obama administration, NHTSA had 14 open investigations, and only one of them was more than three years old.

In the fatality involving the ARC inflator, the Canadian woman died in July of 2016 when the inflator ruptured and sent metal shrapnel into the passenger compartment of a 2009 Hyundai Elantra she was driving. Without the shrapnel injuries, she likely would have survived the low-speed crash, Canadian officials said.

In October of 2016, the agency accused ARC of stonewalling its investigation and threatened a large fine due to a lack of cooperation, but it wasn't clear whether the company is now cooperating.

NHTSA first started investigating ARC in 2015 when an Ohio woman was severely injured by an ARC inflator in a 2002 Chrysler Town and Country Minivan.