The company said it was still working with authorities to determine the cause of the explosion. 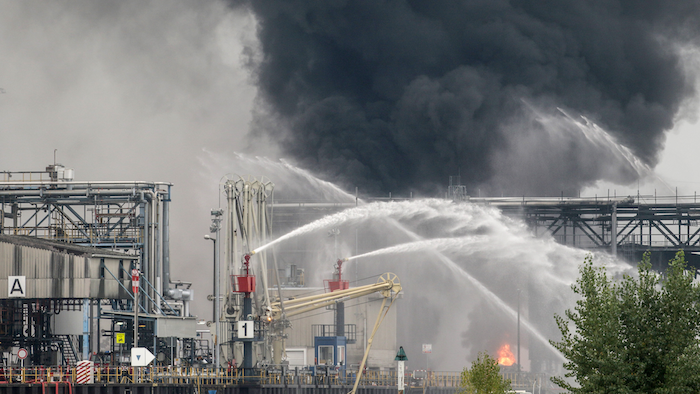 Smoke and fire rise from a facility belonging to chemical firm BASF.
Frank Rumpenhorst/dpa via AP

BERLIN (AP) — Divers have recovered the body of a person missing since the blast at a chemical plant in southwest Germany on Monday, raising the death toll to three.

German chemical giant BASF said in a statement Wednesday that the body was found in the river harbor close to the site of the explosion at the sprawling plant near Ludwigshafen.

The company said it was working with the authorities to determine the cause of the blast, which took place after a fire at a pipeline that connected storage tanks to an area where liquids are unloaded from ships on the river Rhine.

Eight people were seriously injured, some with severe burns, and another 17 had light injuries.