The fire was caused by a faulty lamp on the first floor of the warehouse, where many flammable liquids and paper products were stored, and it spread quickly.

Associated Press
Colleagues and relatives of dead workers react as they gather next to the burnt building of a printing plant's warehouse in Moscow, Russia, Saturday, Aug. 27, 2016.
AP Photo/Ivan Sekretarev

MOSCOW (AP) — A fire swept through a Moscow printing plant warehouse on Saturday, killing 17 migrant workers from Kyrgyzstan, Russia's emergency services said. A representative of the Kyrgyz community said the victims were all young women trapped in a dressing room while changing into their work clothes.

The fire was caused by a faulty lamp on the first floor of the warehouse, where many flammable liquids and paper products were stored, and it spread quickly through an elevator shaft to the room where those who died, said Ilya Denisov, who heads the Moscow branch of the emergency services.

He said firefighters found the bodies of 16 workers and sent four injured workers to the hospital, where one later died.

Denisov, whose statements were carried by Russian news agencies, said the dead were all from Kyrgyzstan, a former Soviet republic in Central Asia, and were believed to be working legally in Russia.

Kyrgyzstan's Foreign Ministry confirmed that 14 of the dead were Kyrgyz citizens.

Abdygani Shakirov, who heads an organization representing the Kyrgyz community in Moscow, said all of the dead were young women.

"Most of them were in Moscow to earn money," he told Russian news agencies. "They were in the dressing room and were unable to get out. The smoke had blocked the exit." 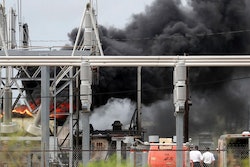 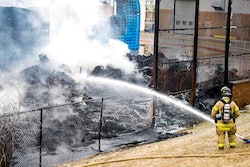 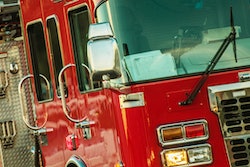