Thick smoke from a fire at the Detroit-area facility was visible from miles away. 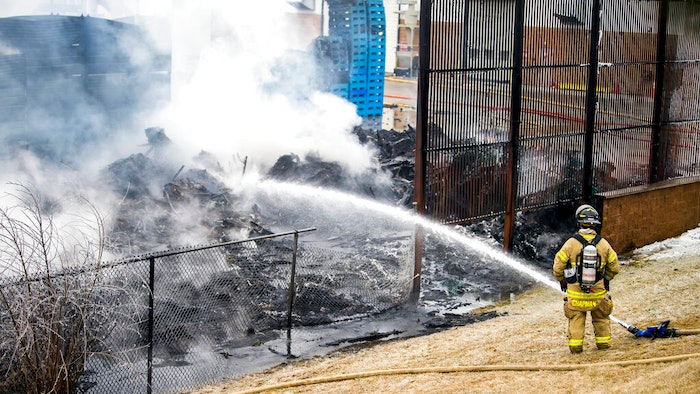 A lone firefighter contains a large blaze near the U.S. Farathane Corporation building, a plastics and manufacturing supply facility, on Tuesday, Feb. 26, 2019 in Auburn Hills, Mich. No injuries were reported.
Jake May/The Flint Journal via AP

AUBURN HILLS, Mich. (AP) — Firefighters have extinguished a blaze at a suburban Detroit plastics plant that sent thick black smoke billowing into the air and was visible from miles away.

No injuries were reported in the fire Tuesday at U.S. Farathane in Auburn Hills.

Fire officials say the blaze occurred in a storage area behind the company's building and consumed plastic containers holding cardboard.

Company President Andrew Greenlee issued a statement saying the cause of the fire is under investigation and the plant is expected to resume production later Tuesday.