The announcement follows an incident last month in which a jet was initially believed to have hit a drone as it approached the airport. 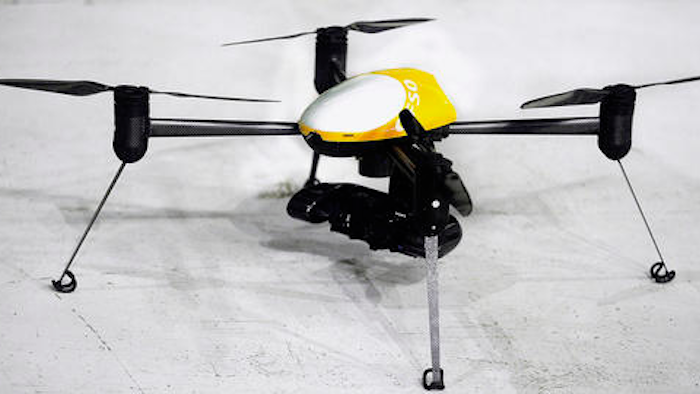 This June 24, 2014 file photo, shows a Draganflyer X4-ES drone, a professional, GPS guided, four-rotor UAV helicopter capable of autonomous flight, video and digital still images, during a demonstration in Grand Forks, N.D. A county law enforcement unit in North Dakota that has been at the leading edge of unmanned aircraft development is cleared to fly drones throughout the country.
AP Photo/Bruce Crummy, File

BERLIN (AP) — The European Aviation Safety Agency is setting up a task force to examine the risk of collisions between drones and aircraft.

Wednesday's announcement follows an incident last month in which a British Airways jet was initially believed to have hit a drone as it approached London's Heathrow Airport. It later turned out to have hit a different, unidentified object.

The Cologne, Germany-based EASA says it will chair the task force, which will include representatives of plane and engine makers. It will consult with European and other authorities and will publish the results of the examination at the end of July.

EASA says the panel will review "all relevant occurrences," analyze existing studies on drone-plane impacts, study the vulnerabilities of aircraft and consider the possibility of further research and tests.