For the first time in aviation history, a fixed-wing unmanned aircraft has successfully tested a cloud-seeding payload during an experimental flight in Nevada. 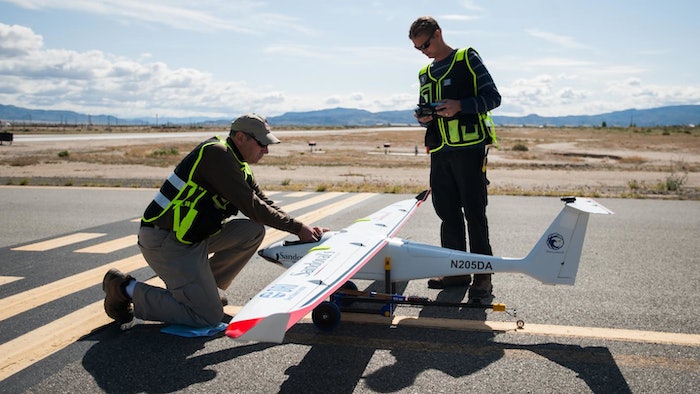 "This is a tremendous accomplishment for the state of Nevada and everyone involved," said the project's lead scientist, Adam Watts, Ph.D., an assistant research professor at DRI and an expert in UAS applications for ecological and natural-resources applications.

Led by the Desert Research Institute (DRI), and supported by the Nevada Governor's Office of Economic Development through the Knowledge Fund, this first-of-its-kind project is helping Nevada address the ongoing impacts of drought and explore innovative solutions for natural-resource challenges such as augmenting regional water supplies. The research team combines more than 30 years of weather modification research and expertise at DRI with the proven experience in aerospace manufacturing and flight operations of Reno-based Drone America, and the industry leading unmanned aerial data services of Las Vegas-based AviSight.

"We have reached another major milestone in our effort to reduce both the risks and the costs in the cloud seeding industry and help mitigate natural disasters caused by drought, hail and extreme fog," said Mike Richards, President and CEO of Drone America. "With a wingspan of 11-feet, 10-inches and its light weight design (less than 55 pounds) the Savant™ is the perfect vehicle to conduct this type of operation due to its superior flight profile, long flight times and its resistance to wind and adverse weather conditions."

Drone America performed the test flight under an FAA agreement in partnership with the Nevada Institute for Autonomous Systems (NIAS). This flight was the first use by DRI of the Nevada Test Site's Certificate of Authorization (COA), which grants authority to operate the Savant™ at altitudes up to 1,200 feet.

"The Nevada-based research and flight teams that produced these trend-setting results are clearly leading the industry with this innovative technology. Conducting this unmanned cloud seeding test flight is a first flying in the National Airspace System and in Nevada," said Dr. Chris Walach, Director for the FAA-designated Nevada Unmanned Aviation Test Site.

AviSight performed aerial support for the test flight with their manned aircraft, recording both infrared and HD video of the flight to support future system refinements and plans to conduct UAS flights beyond visual line-of-sight.

"This is an important step for Nevada and the unmanned aerial industry," said James Fleitz, co-founder of AviSight. "This collaborative effort highlights the diverse applications of unmanned systems and showcased the ability of this technology to support scientific advancements."

"Not only does this demonstrate the capabilities of the Savant™," said Amber Broch, chief engineer for the project and an assistant research engineer at DRI, "but it also shows the tremendous potential to use unmanned systems as tools for environmental science and innovative natural resource applications."